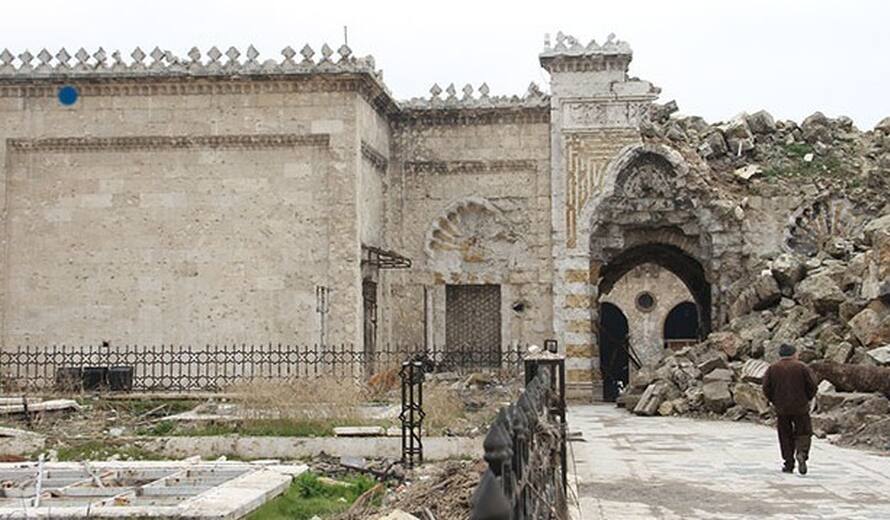 UNESCO brought together Syrian stakeholders and international experts to evaluate damage to historic monuments including the citadel, madrasa al-sultaniya, grand serail, and souk of the Ancient City of Aleppo, a World Heritage site, and to strategize Aleppo’s recovery during a Technical and Coordination Meeting convened by UNESCO in Beirut, Lebanon from 2-3 March, 2017.

The meeting also aimed to map existing national coordination mechanisms, overview ongoing and planned national and international initiatives, and reflect on a common framework for the rehabilitation and safeguarding of Aleppo’s cultural heritage.

Representatives of the Syrian Directorate General of Antiquities and Museums (DGAM), the Aleppo City Council, the Ministry of Tourism, the Directorate of Aleppo Awqaf (Ministry of religious endowments), NGOs and universities, presented the legal, technical and scientific initiatives undertaken to safeguard Aleppo’s cultural heritage, including damage assessment, documentation, and first-aid measures for unstable structures facing collapse or further degradation.  The Director of the UNESCO Regional Office in Beirut, Hamed Al Hammami, stressed that “Syria’s national and local stakeholders have successfully started working in a tremendously difficult context, and future recovery and rehabilitation efforts must advance in order, with extreme care and precision.”

Syrian stakeholders requested that local, national and international efforts be coordinated on the ground, to ensure that urgent safeguarding measures for cultural heritage are undertaken as soon as possible. “UNESCO is fully committed to the protection, conservation, and rehabilitation of the cultural heritage of Aleppo and is ready to facilitate technical guidance and coordination which has been requested by Syrian stakeholders, in line with the needs and priorities identified by them,” said Lazare Eloundou, Deputy Director of the Division for Heritage and the World Heritage Centre at UNESCO Headquarters.

Among the main outcomes of the meeting, it was agreed that UNESCO will provide the framework for the coordination of all culture-related recovery efforts for Aleppo. A specific UNESCO unit is being set up in Aleppo to serve as a consultation mechanism, and a comprehensive Action Plan will be finalized in a follow-up meeting, which will take place in Aleppo on 15 March.

The Beirut meeting was supported by UNESCO’s Heritage Emergency Fund.