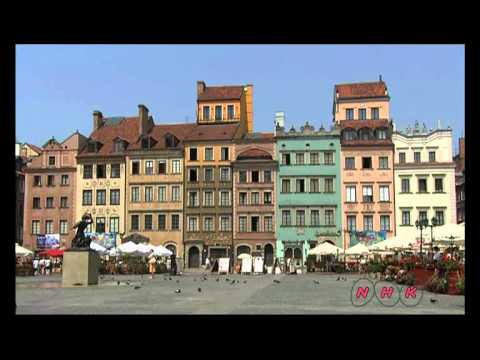 During the Warsaw Uprising in August 1944, more than 85% of Warsaw's historic centre was destroyed by Nazi troops. After the war, a five-year reconstruction campaign by its citizens resulted in today's meticulous restoration of the Old Town, with its churches, palaces and market-place. It is an outstanding example of a near-total reconstruction of a span of history covering the 13th to the 20th century. Source: UNESCO TV / © NHK Nippon Hoso Kyokai URL: https://whc.unesco.org/en/list/30/
Translation: English