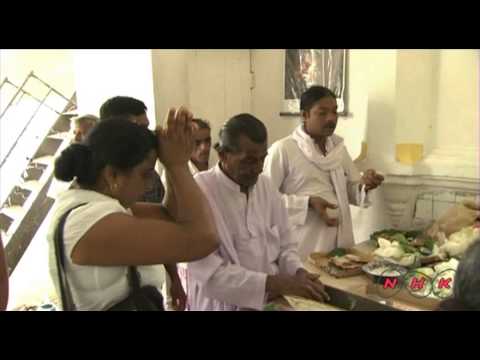 This sacred city was established around a cutting from the 'tree of enlightenment', the Buddha's fig tree, brought there in the 3rd century B.C. by Sanghamitta, the founder of an order of Buddhist nuns. Anuradhapura, a Ceylonese political and religious capital that flourished for 1,300 years, was abandoned after an invasion in 993. Hidden away in dense jungle for many years, the splendid site, with its palaces, monasteries and monuments, is ... Source: UNESCO TV / © NHK Nippon Hoso Kyokai URL: https://whc.unesco.org/en/list/200/
Translation: English