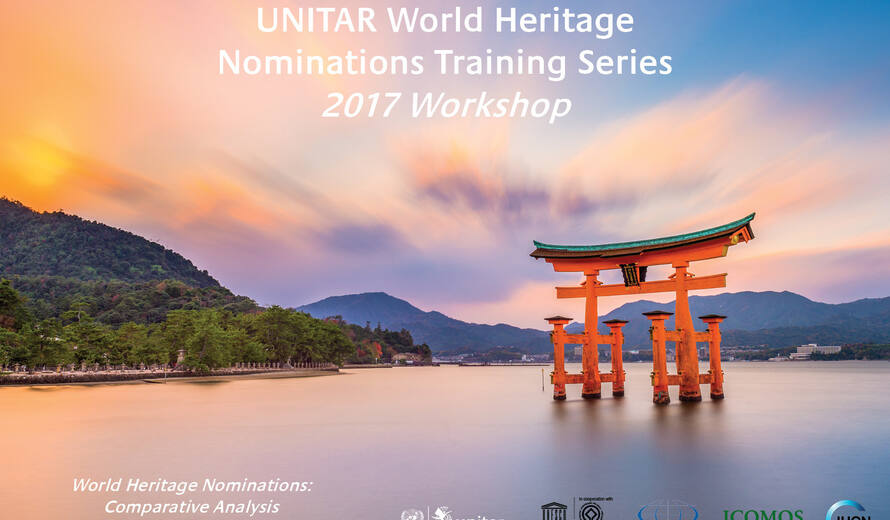 The United Nations Institute for Training and Research (UNITAR) is pleased to announce the call for applications for the 14th annual workshop of its World Heritage Nominations Training Series, with a deadline of 15 September. The workshop will take place from 27 November to 1 December 2017 in Hiroshima Japan.

Featuring leading experts from the UNESCO World Heritage Centre, ICCROM, ICOMOS and IUCN, the workshop will equip participants from around the globe with a deeper understanding of not only the basics of World Heritage Nominations, but also the crucial area of Comparative Analysis, and its central role to Tentative Lists and Nominations Dossiers. The workshop includes interactive lectures, study tours to two World Heritage sites and real world simulation exercises.

The workshop is targeted at participants who are involved in the preparation of World Heritage nominations; State Party Members; Potential or current World Heritage site managers; Natural/cultural conservation specialists and trainers; Decision makers and government officers; and Representatives of academic institutions, think-tanks, and civil society.