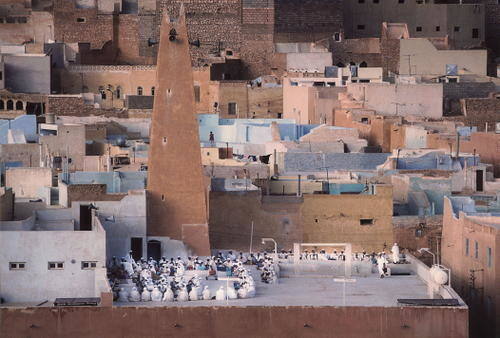 Seminar on the cultural heritage inventories of Maghreb

Within the framework of the France-UNESCO Cooperation Agreement support was provided for the preparation of cultural heritage inventories for several African countries. A similar request was made to UNESCO by professionals of the Maghreb region, where the establishment of this tool, which is fundamental for any action related to heritage, is necessary. French experience in the domain of cultural heritage inventorying was requested through the participation of three experts who had already worked on inventories in Africa during the 2003 seminar in Dakar, Senegal. The workshop, which was to be held from 11 to 16 December 2007, was postponed by Algerian authorities for security reasons. In this context the France-UNESCO Cooperation Agreement was requested to cooperate in the implementation of an initiative under the framework of the European Union Euromed Heritage programme, whose methodology and objectives overlapped with those of the initially scheduled meeting.

The workshop, which was held from 10 to 12 December 2008, at UNESCO, was restructured to become accessible to all Mediterranean partner countries of the European Union (9 countries: Israel, Palestine, Jordan, Egypt, Algeria, Morocco, Tunisia, Lebanon and Syrian Arab Republic), as well as to Libya and Mauritania, thirty participants, representing the directorates of heritage of these countries were present. The moderators at the workshop were Dr. Khairieh Amr, assistant director of the national Jordan Museum and Dr. Frank Braemer, research director at the National Center for Scientific Research (CNRS) – University of Nice, France.

Analyses of the local situations and of the recent institutional evolutions in terms of inventories, enabled participants to describe the national situations on the production of data, the layout of the inventory and strategic direction of the inventory tool. Following the discussions, a series of recommendations, notably on training, the legislation and international cooperation was elaborated collectively.

Following this three day workshop, a special session on 13 December 2008, was dedicated more specifically to the work of UNESCO, in order to set the foundation for future actions and implementation of the recommendations in these five countries.