a) Lack of continuous maintenance and monitoring of the urban fabric;

b) Weaknesses in coordinating the complex safeguarding and development process; lack of management plan;

On 31 January 2011, a report on the state of conservation was submitted by the State Party. The report provides detailed information on the main outcomes and the implementation of the recommendations of the joint World Heritage Centre/ICOMOS advisory mission carried out from 9 to 13 December 2008. The report also provides information on the preparation of the management plan and on the overall implementation of Decision 33 COM 7B.110 by the Municipality of Naples in its capacity of site manager of the inscribed property.

On 3 February 2010, UNESCO and the Municipality of Naples, in liaison with the Government of Italy, signed a Funds-in-trust agreement enabling UNESCO to assist in the implementation of a project entitled “A Management Plan for the Historic Centre of Naples”. The main objective of the project was to advise and assist the Municipality of Naples, in close consultation with the Italian Ministry of Culture, in the preparation of a management plan for the effective protection of the property, in conformity with the conclusions of the Periodic Report for the Europe and North America region (2006) and of the Decision 33 COM 7B.110 (Seville, 2009). Two meetings of international experts in the field of management of urban properties were jointly organised by UNESCO and the Municipality of Naples and were held in June and November 2010 in Naples, with the aim to set the general reference frame for the draft plan, to provide an analysis of management scenarios and to set jointly the objectives and strategies of the management plan.

The report of the State Party points out that the Municipality of Naples is putting in place a structured coordinated management approach, with clear roles and responsibilities, to ensure an effective management system taking into account the complexity and the size of the property, with its manifold challenges and inputs from the main stakeholders involved (public and private entities such as the Port authority, professional associations, academia, individual experts, civil society), through a set of workshops with the representatives of the main stakeholders. The draft management plan was presented to the citizens of Naples in the framework of a set of public meetings organised by the Municipality of Naples in December 2010 and January 2011.

The plan foresees the establishment of a new management structure within the Municipality of Naples, directly under the authority of the Mayor of Naples, which will be mandated to coordinate and take proper action in the fulfilment of the principles and priorities set out in the management plan and act as a site manager of the property.

The management plan also deals with the integrated conservation of the broader urban fabric of Naples and its sense of place, with an emphasis on both monumental and non-monumental heritage, and sets criteria and priorities for the implementation of large rehabilitation projects within the inscribed property.

The management plan was submitted to the World Heritage Centre on 31 January 2011.

With regard to the other specific issues raised by the 2008 advisory mission, namely the threats brought forward by the intense traffic (vehicle congestion, air pollution, noise, vibrations) and the potential challenge to the physical, environmental and social integrity of the historic centre, the management plan includes a “traffic plan” with ad hoc actions to reduce and monitor the negative effects of the intense traffic. The plan also includes measures aimed at a better coordination between the cultural tourism policies of the World Heritage properties located in the vicinity of Naples. It identifies actions aimed at enhancing the support of cultural districts within the Historic Centre.

With reference to the “Universal Forum of Cultures”, to be held in 2013 in Naples and expected to attract a large number of tourists, the State Party report states that it intends to mobilize funds from the European Union Regional Development Funds 2007-2013 and from additional public resources with a view of rehabilitating historic buildings within the Historic Centre and to revitalizing the large areas adjacent to the Historic Centre that will host the event.

b) Boundaries of the property and buffer zone

On 31 January 2011, the State Party, in response to the request by the World Heritage Committee in its Decision 33 COM 7B.110, also submitted a set of maps clarifying the delimitation of the property at the time of its inscription. It also submitted a proposed draft retrospective Statement of Outstanding Universal Value, together with a proposal for a minor boundary modification concerning the enlargement of the inscribed property and the establishment of a buffer zone (see Documents WHC-11/35.COM/8B and WHC-11/35.COM/8D). The latter includes the area comprising the Port managed by the Port authority, further to the recommendations of the 2008 advisory mission and the recommendations made by the above mentioned expert meetings pertaining to the management plan development.

The World Heritage Centre and ICOMOS take note of the efforts to implement the recommendations of the 2008 advisory mission and encourage the State Party to fully implement the principles and actions set out in the management plan. While no report is requested for the next sessions of the Committee, the World Heritage Centre and the Advisory Bodies request the State Party to keep them informed about the further implementation of measures and any new developments and projects which may have an impact on the Outstanding Universal Value of the property, in line with Paragraph 172 of the Operational Guidelines, and to report progress in the implementation of the recommendations within the framework of the forthcoming Periodic Reporting Exercise for Europe and North America to be launched in 2012.

2. Approves the proposed minor modification to the boundary of the Historic Centre of Naples, Italy;

3. Approves the proposed buffer zone for the Historic Centre of Naples, Italy;

4. Expresses concern for the recurrent danger, despite the considerable efforts by the State Party, of giving priority to prestigious built structures and areas to the detriment of modest and fragile urban fabric, the intangible heritage, and traditional economic activities and recommends that the State Party should allocate part of the funding collected to restoring the balance.

3. Recalls that the World Heritage Centre and the Advisory Bodies will not be able to examine proposals for minor or significant modifications to boundaries of World Heritage properties when the delimitation of such properties as inscribed is unclear;

4. Acknowledges the excellent work accomplished by States Parties in the clarification of the delimitation of their World Heritage properties and thanks them for their efforts to improve the credibility of the World Heritage List;

5. Takes note of the clarifications of property boundaries and areas provided by the following States Parties in response to the Retrospective Inventory, as presented in the Annex of Document WHC-11/35.COM/8D:

6. Requests the European, Arab and African States Parties, which have not yet answered the questions raised in the framework of the Retrospective Inventory, to provide all clarifications and documentation as soon as possible and by 1 December 2011 at the latest. 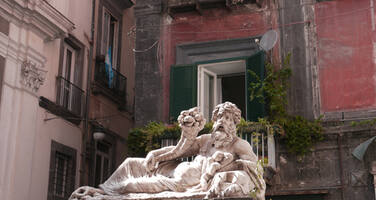