IUCN has brought to the attention of the Centre information concerning a proposal to enlarge Mulu World Heritage site to include Gunung Buda. The proposal however, is raising concern amongst indigenous groups and the wider conservation community because of the reported lack of inclusion of indigenous peoples and their claims in the decision to extend Gunung Mulu.

The recognition of the rights of indigenous peoples in Sarawak was upheld by the historical legal decision on Rumah Nor.  On the 12 May 2001 the High Court of Sarawak upheld the customary rights of the Iban village Rumah Nor when it found that the Borneo Paper and Pulp company, which had begun logging the forest claimed by the villagers, did not have the right to destroyRumah Nor's rainforest.

Following this decision, the people of Gunung Buda lodged a claim with a land tribunal seeking an injunction to rule that they should have a share in the management of the Gunung Buda area. The government argued against this on the grounds that there was no properly surveyed boundary of their claimed lands, and so the claim was denied.  Thus the indigenous peoples are opposing the inclusion of Gunung Buda in the Gunung Mulu World Heritage site.

IUCN notes that the twenty-fourth session of the Bureau, in its recommendations to refer the nomination back to the State Party had sought, amongst others, “…assurance that the new management plan addresses issues relating to local peoples’ use of and benefits from the Park as well as the new contractual arrangements for management of the Park…”. Further, the Committee, when it inscribed the site on the World Heritage List at its last session in Cairns, Australia, had suggested that the “…authorities be encouraged to review additions to the site for their World Heritage potential when the gazetting process is completed”.

In addition to the possibility of extension of the site, IUCN has been advised of three on-going initiatives aimed at enhancing management of Gunung Mulu National Park:

·  Implementation of the Plan for Management of the Park - This plan was reviewed as part of the evaluation of the nomination of the site. Current status includes examination of options for contracting out management of thePark to theprivate sector, while overall regulatory responsibility remains with the Ministry of Forestry, Department of National Parks.  The Plan of Management for the Park has been drafted in a manner that supports this possibility.

·  Community development for areas outside the Park; this initiative aims to develop options for better planning and development around the Park boundaries, particularly in the Mulu area, including issues of land title, planning processes etc.  This initiative could enable locals to manage better, and benefit from, the opportunities that come with World Heritage listing.

·  Preliminary drafting of a project concept to secure international assistance with capacity building for management of the park - to focus on staff capacity and skills development.

“The Bureau welcomes the possibility of the extension of the Park and notes with satisfaction the initiatives to improve site-management and staff capacity building. The Bureau however, invites the State Party to give due considerations to the involvement of indigenous peoples and other local communities in planning and implementing decisions regarding the extension of the site, and to seek their full co-operation in the management of the site, including the extensions planned. The Bureau recommends that the State Party provide a report, before 1 February 2002, on the results of its negotiations with indigenous communities for review by its twenty-sixth session in April 2002” 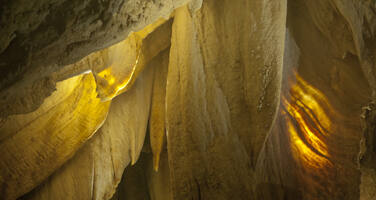