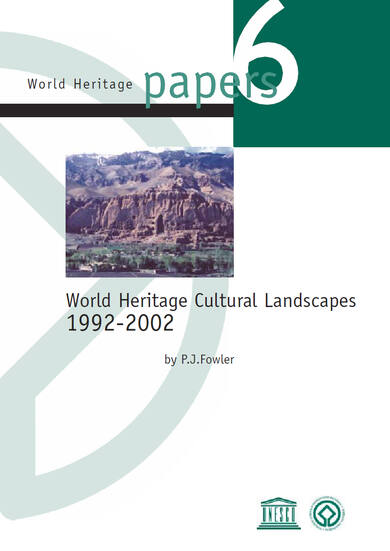 Cultural landscapes are briefly noted in a broad historical and intellectual context. They are examined in the context of the World Heritage Convention (1972) and its application.

The specific focus is between December, 1992, when the World Heritage Committee recognised ‘cultural landscapes’ as a category of site within the Convention's Operational Guidelines, and 30 June, 2002, at which point 30 World Heritage cultural landscapes had been officially recognised. Their nature and distribution are analysed, as is their infrastructure of Committee Reports, Regional Thematic Meetings and the work of the Advisory Bodies.

It is also suggested that about one hundred cultural landscapes actually exist on the current World Heritage List and that, on the basis of an analysis of the Tentative Lists, about another hundred may well be nominated in the next decade. Quantitative, geographic and strategic aspects are touched on, and possible future approaches suggested. Twelve recommendations are made.

The Brief for this Review
Executive Summary

A Wider View of Cultural Landscapes on the World Heritage List

A Global View of Cultural Landscapes