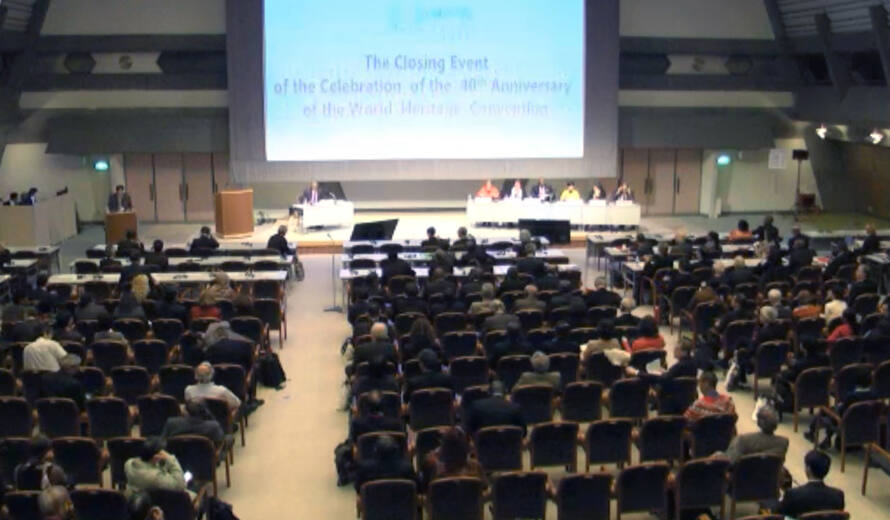 A three-day event in Kyoto, Japan, will mark the end of a year-long worldwide celebration of the 40th anniversary of the World Heritage Convention from 6 to 8 November. The Convention, which was adopted by UNESCO’s General Conference on 16 November 1972, is the most widely accepted treaty for cultural and natural heritage preservation in the world with 190 States Parties, and 962 inscribed cultural and natural sites.

The celebration will close a year of regional events. It will be opened by UNESCO Director General Irina Bokova, the Chair of the World Heritage Committee and Vice Prime Minister of Cambodia Sok An, UNESCO Goodwill Ambassador Sen Genshitsu, and other Japanese dignitaries. International heritage experts, representatives of governments, the World Heritage Committee’s advisory bodies and private sector partners will be among the participants.

A series of presentations and panel discussions will focus on subjects in line with the theme of the anniversary: World Heritage and Sustainable Development: the Role of Local Communities. Important issues to be examined will include the challenges facing the Convention, lessons learned over the past four decades, priorities and opportunities.

The first official recognition of best practice in World Heritage site management will be given to the Historic Town of Vigan (Philippines) on this occasion. The site was selected among 28 sites that were nominated for consideration.

A new publication prepared to mark the anniversary will also be released at the event: “World Heritage: Benefits Beyond Borders”, a co-publication of UNESCO and Cambridge University Press, financed by UNESCO/Japanese Funds-in-Trust for the Preservation of the world’s cultural heritage. The book presents a powerful case for the essential contribution of heritage to sustainable development through the study of 26 World Heritage sites from around the world.

The event is expected to enrich current debates about the implementation of the World Heritage Convention, which will soon see the inscription of the 1000th site on its List. It is co-organized by the UNESCO’s World Heritage Centre and Japan’s Ministry of Foreign Affairs, Agency for Cultural Affairs, Ministry of the Environment, and Forestry Agency, which are cohosting the event.

Accreditation is only required for the opening ceremony on 5 November. For the sessions and press conferences, journalists must register at the venue (Kyoto International Conference Center).