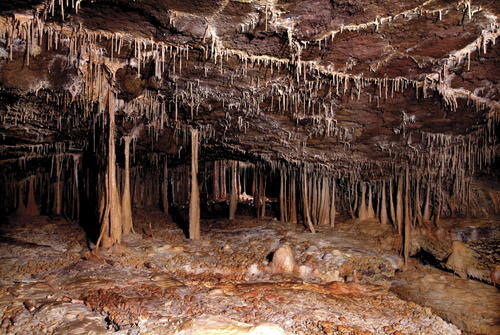 The IUCN World Conservation Congress, the world’s largest and most important conservation event, began 6 September on the Island of Jeju, Republic of Korea. Held every four years, the Congress aims to improve how we manage our natural environment for human, social and economic development.

The Island of Jeju harbors one of Korea’s natural World Heritage sites (Jeju Volcanic Island and Lava Tubes), as well as a UNESCO Geopark and Biosphere Reserve. Over 10 days, leaders from government, the public sector, non-governmental organizations, business, UN agencies and social organizations will discuss, debate and formulate solutions for the world’s most pressing environmental and developmental issues.

The audience of the official opening ceremony included 4,000 people representing 175 countries. The meeting was addressed by the President of the Republic of Korea, Mr Lee Myung-Bak and by United Nations Secretary General Ban Ki-moon in a video message to the participants.

The Congress will start with a Forum where IUCN members and partners discuss cutting-edge ideas and practices in nature conservation, and then the members of the IUCN Members’ Assembly will consider several motions, including a motion on World Heritage.

Events related to World Heritage were kicked off today with a widely attended workshop on “The World Heritage Convention at 40, Engaging the IUCN constituency for conservation and communities”.  After a presentation by Guy Debonnet of the World Heritage Centre on the achievements and challenges met by the World Heritage Convention, Tim Badman, Director of the IUCN World Heritage programme, presented the IUCN vision and activities related to World Heritage for the next 4 years. Different presenters then spoke about the Convention from their different perspectives, demonstrating the need for stakeholder participation, in particular for local and indigenous communities, and advocating for stronger involvement of civil society with the Convention. In an animated discussion, participants in the meeting stressed the need to uphold the high standards of the Convention in relation to the inscription of new sites as well as in the conservation and management of the sites already on the World Heritage List. It was felt that IUCN’s role should be strengthened further, by providing not only advice to the Committee but also upstream support to States Parties in identifying potential new natural World Heritage sites, advising on the preparation of these sites for nomination and on their management once inscribed on the World Heritage List. The meeting further welcomed the initiative of setting up an NGO forum prior to the last session and considered that these fora should be institutionalized into the Convention working methods. More civil society involvement in the Convention processes was considered as an effective way to ensure its credibility by safeguarding the high standards which have always characterized the Convention. There was a wide consensus on the need for rights-based approaches in the different World Heritage processes, ensuring the full participation of local stakeholders and in particular indigenous people. Participants stressed that ensuring a complete buy-in of these communities was the best strategy to ensure long-term conservation of the sites.