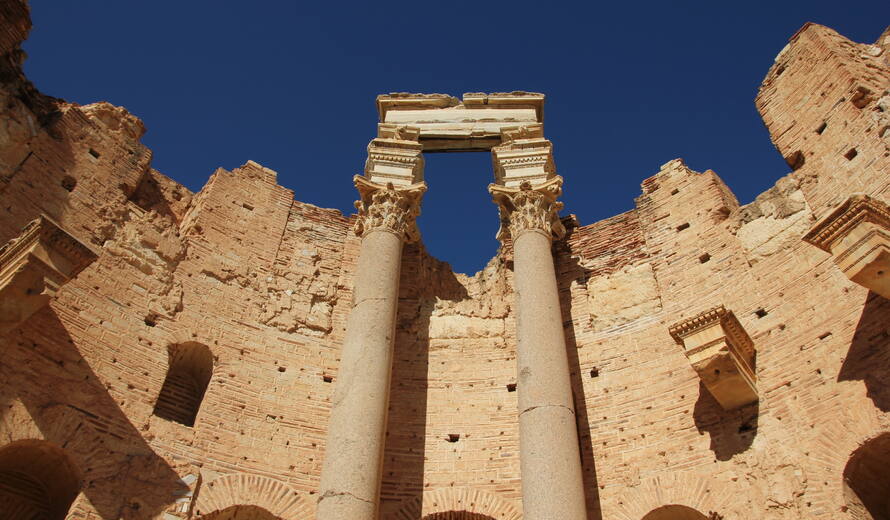 The Director-General of UNESCO, Irina Bokova, today called on both Libya and the coalition of States implementing a no-fly zone over the country to respect the Hague Convention on the Protection of Cultural Property in the Event of Armed Conflict (1954) and its two (1954 and 1999) Protocols, as appropriate, and keep military operations away from cultural sites.

"From a cultural heritage point of view, [Libya] is of great importance to humanity as a whole," said the Director-General in a letter to the Permanent Representatives to UNESCO of each of the countries concerned.

"Several major sites bear witness to the great technical and artistic achievements of the ancestors of the people [of Libya], and constitute a precious legacy," said Irina Bokova.

Article 4 of the 1954 Hague Convention notably provides that "[t]he High Contracting Parties (States) undertake to respect cultural property situated within their own territory as well as within the territory of other High Contracting Parties by refraining from any use of the property and its immediate surroundings or of the appliances in use for its protection for purposes which are likely to expose it to destruction or damage in the event of armed conflict; and by refraining from any act of hostility, directed against such property."

The Director-General drew the attention of the States engaged in Libya to the fact that UNESCO, in keeping with Article 23 of the Convention, stands ready to play its part concerning the protection of cultural property.