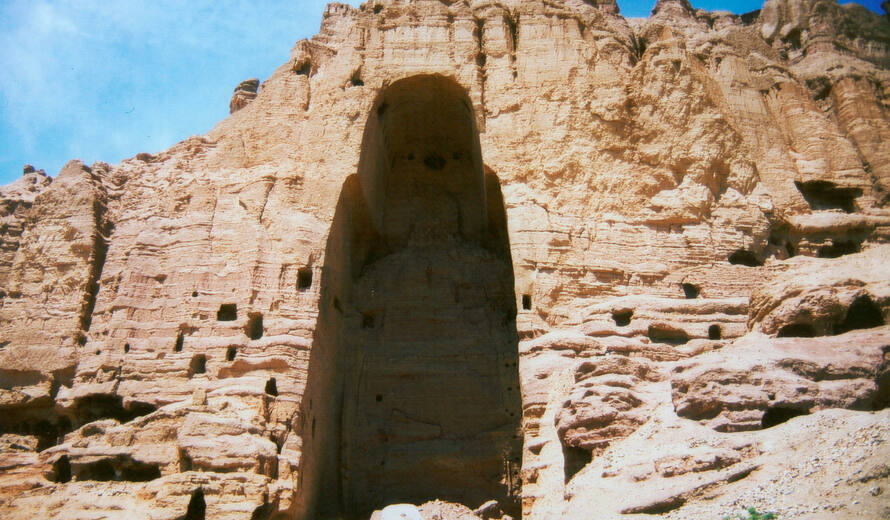 Afghan officials and international experts outlined plans for the future safeguarding of the Cultural Landscape and Archaeological Remains of Bamiyan Valley (Afghanistan) at the end of two meetings at UNESCO Headquarters in Paris from 2 to 4 of March. The meetings were held on the occasion of the 10th anniversary of the tragic destruction of the giant Buddha statues of Bamiyan.

The international experts and Afghan officials - including the Minister of Information and Culture, the Minister for Urban Development Affairs and the Governor of the Bamiyan Valley - decided to launch a new phase to safeguard the property inscribed on UNESCO's World Heritage List and List in Danger in 2003.

After hearing proposals for remedial measures and the future presentation of the two Buddha niches from international teams of experts from Germany, Italy, and Japan, participants agreed that:

Since 2003, UNESCO has been leading a three-phase preservation plan for the property. Its focus has been to safeguard what remained after the intentional destructions of the Buddha statues and to render the site safe, notably by carrying out a complex demining operation of the site.

The 2011 Expert Working Group meeting concluded that the World Heritage site is potentially ready to be removed from the List of World Heritage in Danger by 2013. This conclusion was reached upon examining progress made to address security; structural stability of the remains of the two standing giant Buddhas; conserve the Archaeological Remains and Mural Paintings; and implement the property's Management Plan and the Cultural Master Plan.

Participants at the meetings further concluded that with the tragedy of the destruction now behind us, Bamiyan Valley - with its unique history, tangible and intangible cultural heritage and local communities - constitutes a fertile environment for learning how to transform a destructive act into an opportunity to reinforce tolerance, peace and development through culture for future generations

The International Forum 'Towards Cultural Rapprochement and Tolerance' organized by UNESCO on 2 March 2011 reaffirmed the vitality of cultural heritage and its tremendous potential to bring together cultures and promote tolerance.