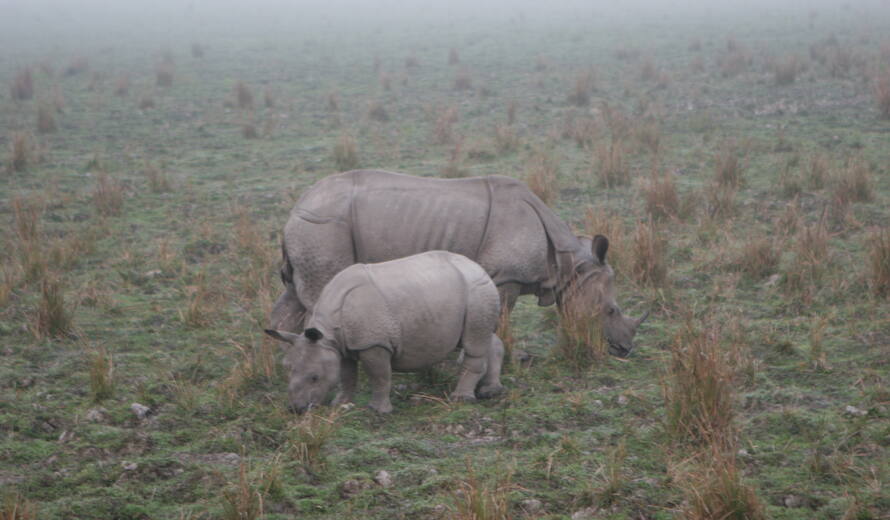 Two rhinos, a mother and a female calf, were translocated on 29 December from the Pobitora wildlife sanctuary to Manas wildlife sanctuary in western Assam, India under the Indian Rhino Vision (IRV) 2020 programme, along with WWF-India and the Assam Forest Department.

As wildlife knows no boundaries, these two contiguous parks have already started working on transboundary conservation. For this translocation, both rhinos were transported in truck from Pobitora under security. The rhinos have been released by a specially trained team and will be observed very closely for the next few hours. The animals have been fitted with radio collars and will be monitored continuously for the next year by the staff of Manas National Park with support from members of WWF India. They will provide regular updates and a monitoring report will be submitted in six months to the translocation core committee.

To learn more: Save The Rhino