Strengthening the Crown Jewels of the Ocean 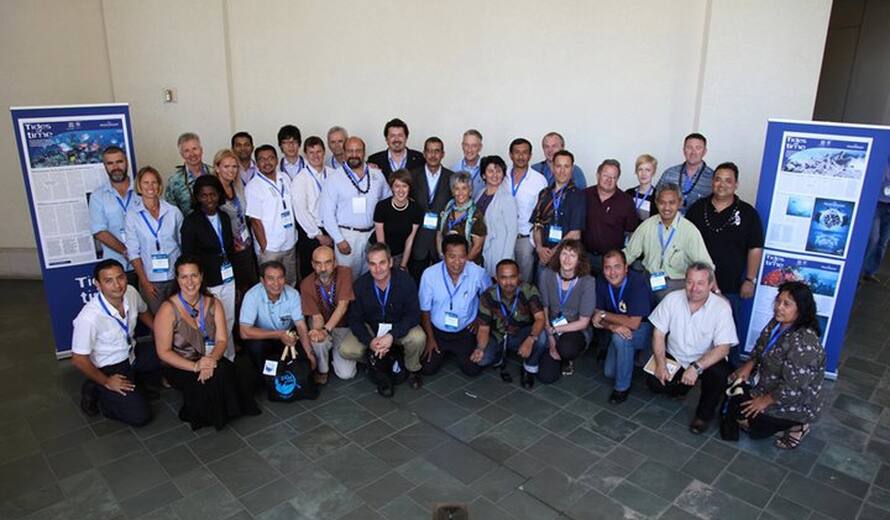 Faced with the growing threat of industrialization of the oceans and the persistent rush for marine resources, managers from the 43 marine sites on UNESCO's World Heritage List met from 1 to 3 December in Honolulu, Hawaii to explore ways of strengthening conservation of the "crown jewels of the ocean".

This first ever meeting of marine World Heritage managers charted the way for a stronger community of site managers who collectively can play a bigger role in tackling the challenges of ocean conservation around the globe. Renowned ocean explorer and marine conservationist Jean-Michel Cousteau and Greg Stone, senior vice-president and chief scientist for oceans at Conservation International, gave keynote addresses at the meeting.

The key message of the meeting was clear. Rather than being a loose collection of 43 sites, marine World Heritage site managers want to harness the power of who they are as representatives of the world's marine protected areas with the highest internationally recognized status of conservation: inscription on the World Heritage List. The meeting indicated the power this community could have when peaking with one voice at regional and international fora in ways that could ultimately lead to improved conservation of their irreplaceable sites. At the same time, ongoing help is needed to ensure each of these sites has access to basic management needs and can fulfill essential marine conservation responsibilities.

The meeting also provided an excellent boost toward stronger cooperation among sites. Cooperation on migratory birds between the Wadden Sea and Banc d'Arguin, a potential nomination of Ponta do Ouro (Mozambique) which would highly benefit the conservation of iSimangaliso and between Glacier Bay and the West Norwegian Fjords on the common problem of reducing the effects of cruise are just a few examples of the commitments that were made at the meeting. The successful "sister site" arrangement that currently exists between Papahānaumokuākea and the Phoenix Islands Protected Area can serve as a model for future cooperation between sites.

The organizers also took this opportunity to conduct a capacity-building survey among all site managers. The results of this survey will help improve understanding about priority management gaps at the site level and will include measures that can be taken to tackle them. It will also allow discussion of creative solutions for providing outside technical and other necessary support for them.

A report is now being drafted which will include all major conclusions of the meeting and highlight various success stories. A final report is expected in May 2011 and will be made available on the World Heritage Marine Programme webpage.

The site managers' meeting was co-organized by UNESCO's World Heritage Centre and the Office of National Marine Sanctuaries of the U.S. National Oceanic and Atmospheric Administration (NOAA) and financed by the Tides of Time partners Jaeger-LeCoultre and the International Herald Tribune in addition to ten other donors, including UNESCO's Intergovernmental Oceanographic Commission, NOAA's Office of National Marine Sanctuaries, the Coral Reef Conservation Program, the International Program Office of the National Ocean Service, the U.S. National Park Service, the governments of Flanders (Belgium) and the Netherlands, the French Marine Protected Area Agency, the Walton Family Foundation, Conservation International, Battelle Memorial Institute, the National Geographic Society, and the Center for Ocean Solutions at Stanford University.

The meeting coincided with an official ceremony for the inscription of the Papahānaumokuākea Marine National Monument (USA), which was added to the World Heritage List in August 2010, along with the Phoenix Islands Protected Area (Kiribati).

More information is available below: