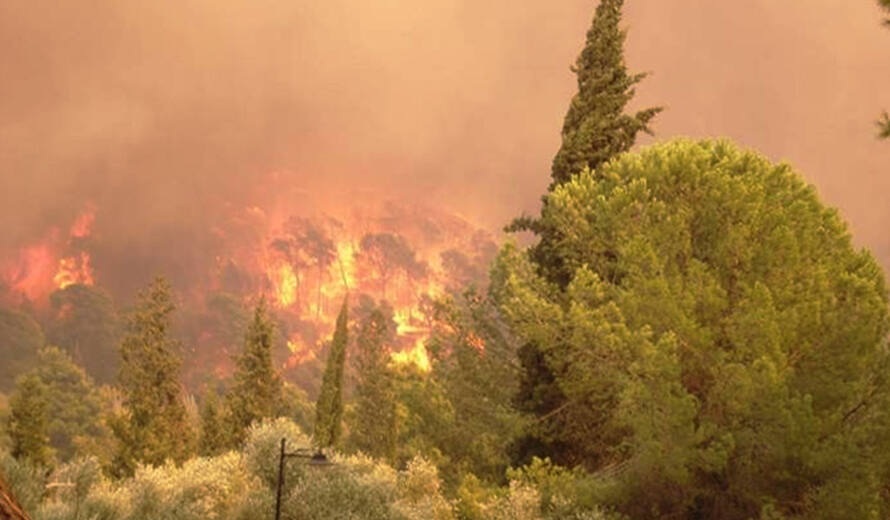 The devastating fires that raged across Greece in the summer of 2007 seriously affected the World Heritage site of Olympia, stopping short of destroying its Museum and archaeological area, which could only be saved thanks to the strenuous efforts of the responsible authorities.  Disasters such as the one that threatened Olympia are in fact increasing, including as a result of climate change, and are affecting each year many precious heritage sites, exposed to numerous natural and man-made hazards.

The damage and loss caused by disasters to these unique heritage properties have very negative impacts for their communities, both because of their symbolic meaning and historic significance, and for the contribution they make to the economy of the region. In the past few years, disasters have taken place, among other World Heritage properties, at the Bamyan Valley (Afghanistan), whose reknowned carved Buddhas were blown up by the Talebans; in Bam (Iran), whose famous Citadel has been destroyed by a massive earthquake; at Ćeski Krumlov (Czech Republic), where the historic town has been submerged by six meters of flood; and at the Old Town of Galle (Sri Lanka), hit by a powerful Tsunami.

During the event, which benefited from a financial contribution from UNESCO Goodwill Ambassador Mrs. Marianna Vardinoyannis, several case studies were discussed and experiences shared with a view to learn lessons useful to strengthen the protection of World Heritage sites from risks associated to catastrophic events. "Many World Heritage sites - stated Francesco Bandarin, Director of the UNESCO World Heritage Centre - do not have adequate plans to deal with possible disasters. Too often - he said - attention is focused exclusively on the response, in other words what to do after a disaster has happened. Experience has shown, however, that when a disaster has stricken it is often too late to protect the heritage, whose loss is irreversible".

The participants in the Workshop, indeed, recognized unanimously that it was very urgent to take measures to prevent disasters from happening, or at least mitigating their impacts on heritage sites by reducing their vulnerability. At Olympia, for example, the disaster of 2007 showed that the large pine-tree forest surrounding the site, one of the features that contribute to the character and celebrated beauty of the place, constituted at the same time one of the main factors of risk because of their extreme flammability. "We decided therefore to redo the entire landscaping of the area - explained Mrs. Elena Korka, Director of Prehistoric and Classical Antiquities at the Greek Ministry of Culture - by replanting the original indigenous vegetation, which is more resilient to fires and will add to the authenticity of the site".

Drawing from the lessons learned at Olympia and in other sites, the Workshop resulted in the development and launching of a Programme, to be implemented by UNESCO with its Member States, for reducing disaster risks at World Heritage properties. This will include assistance to threatened sites, for which risk management plans will be prepared; capacity-building for staff from the responsible authorities; and educational and awareness-raising activities. A further proposal made at the Workshop, and widely supported, was the establishment of an International Day for Disaster Risk Reduction at World Heritage properties.