New Publication on Frozen Tombs of the Altai Mountains 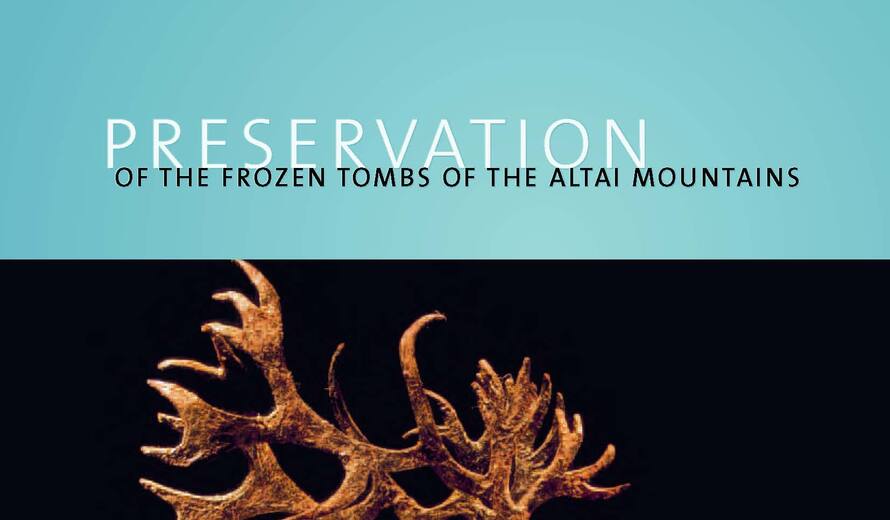 This publication marks the end of the Preservation of the Frozen Tombs of the Altai Mountains Project, which was launched in 2005 and carried out by the UNESCO World Heritage Centre with financial support from the UNESCO/Flemish Funds-in-Trust.

The booklet sheds light on the historical, anthropological, archaeological and art-historical aspects of the Altai Mountains, the Russian part of which was inscribed on the World Heritage List in 1998. It also deals with the background and various technical aspects of the UNESCO project, along with future challenges for research and conservation, including how to safeguard the research material contained in the frozen tombs.