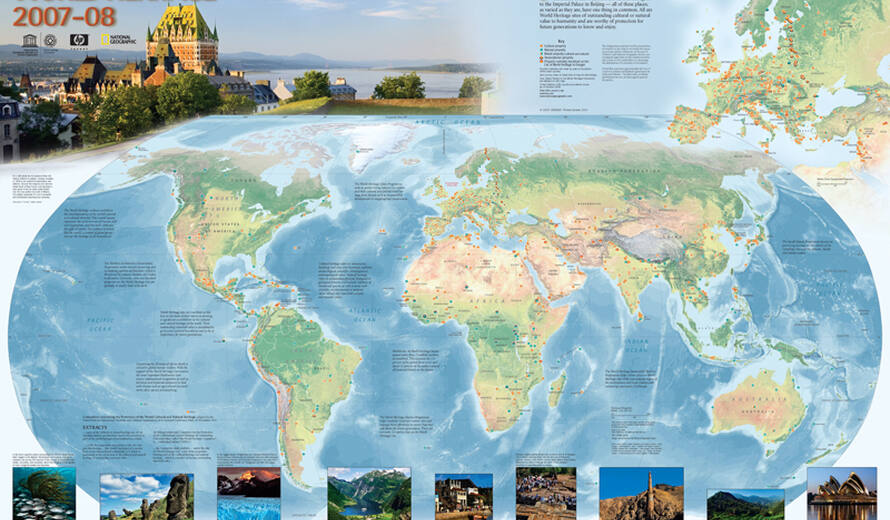 The World Heritage Centre has concluded this year's map outreach campaign with its mailing of the 2007/2008 World Heritage Wall Map featuring 851 World Heritage sites produced in collaboration with National Geographic and Hewlett Packard. We had an overwhelming response for maps - attaining our target of 9000 requests within just nine weeks - and would like to thank everyone who took time to register on the website to request a free map.

The largest number of requests came from Europe and North America, followed by the Asia Pacific region.

The mailing operation has now ended but the map can still be downloaded from the website as a high-resolution, full colour PDF. Distribution will continue at exhibitions, events and conferences which are either organized by the World Heritage Centre or related to World Heritage themes.

Wide distribution of the map helps to raise awareness of the World Heritage Convention, particularly in schools and educational institutions.