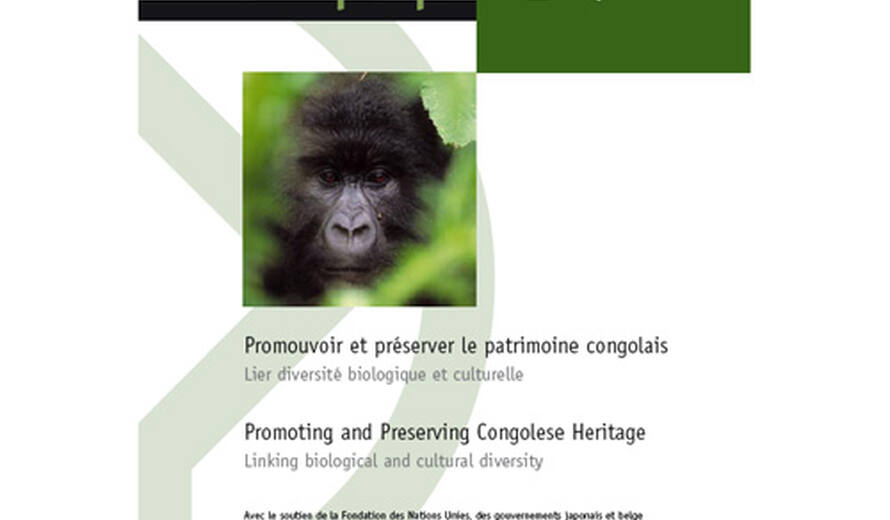 The proceedings of the International Donors' Conference "Promoting and Preserving Congolese Heritage: Linking Biological and Cultural Diversity", held at UNESCO Headquarters in Paris, France from 13-17 September 2004, are now available as World Heritage Paper Series N° 17. The publication has been made possible thanks to the financial support of the Japanese Government.

The conference provided an excellent opportunity to take stock of the four-year programme "Biodiversity Conservation in Regions of Armed Conflict: Protecting World Heritage sites in the DRC", launched in 2000 by UNESCO with the financial support of the United Nations Foundation and the Belgian Government.

While launching the second phase of this ambitious programme, we wish to express our gratitude to the United Nations Foundation and the Belgian Government for renewing their support and to the Italian Government for joining the partners' circle in the battle to safeguard what is known as the "second lung of the planet" after the Amazonian forest.