UNESCO World Heritage Centre statement regarding the fires in Greece 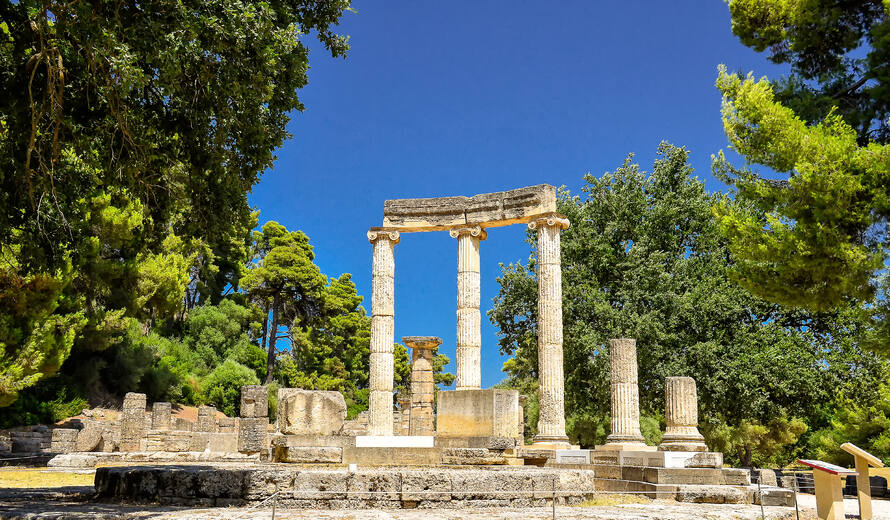 UNESCO and its World Heritage Centre have observed with concern the large number of fires that have struck Greece and other countries in Southern Europeand the Mediterranean in recent weeks.

According to information provided by experts and press reports, firefighters continue to battle major fires in Greece, including one that could impact the World Heritage site “Archaeological Site of Olympia”. The site has reportedly already been evacuated as firefighters were deployed near the village to protect the ancient site.

The Archaeological Site of Olympia, located in a valley in the Peloponnesus, is home to the remains of sports structures erected for the Olympic Games, which were held in Olympia every four years beginning in 776 B.C. Olympia has one of the highest concentrations of masterpieces from the ancient Greek world. In 1989, the site was inscribed on UNESCO’s World Heritage List.

UNESCO's World Heritage Centre extends its sympathy and solidarity with the people of the affected areas and commends the efforts of the competent authorities to cope with the situation and stands ready to mobilize technical support.Disasters such as the devastating fires that are currently raging across several countries in Southern Europe, including Albania, Croatia, Greece, Italy, North Macedonia, and Turkey, are among the many climate change-related events threatening the world’s most treasured cultural and natural heritage sites. UNESCO is working closely with the authorities concerned to monitor the situation.

Each year, many unique heritage places are increasingly exposed to hazards as a result of climate change. During its 44th extended session (Fuzhou/online, 16-31 July 2021), the UNESCO World Heritage Committee reviewed fire impacts on World Heritage properties (item 7) and also endorsed a draft “Policy Document on Climate Action for World Heritage” and called on States Parties to urgently integrate climate change mitigation and adaptation actions in risk preparedness policies and action plans, in order to protect the Outstanding Universal Value of all World Heritage properties. The draft Policy Document will be reviewed for adoption at the 23rd session of the General Assembly of States Parties to the World Heritage Convention in November 2021.