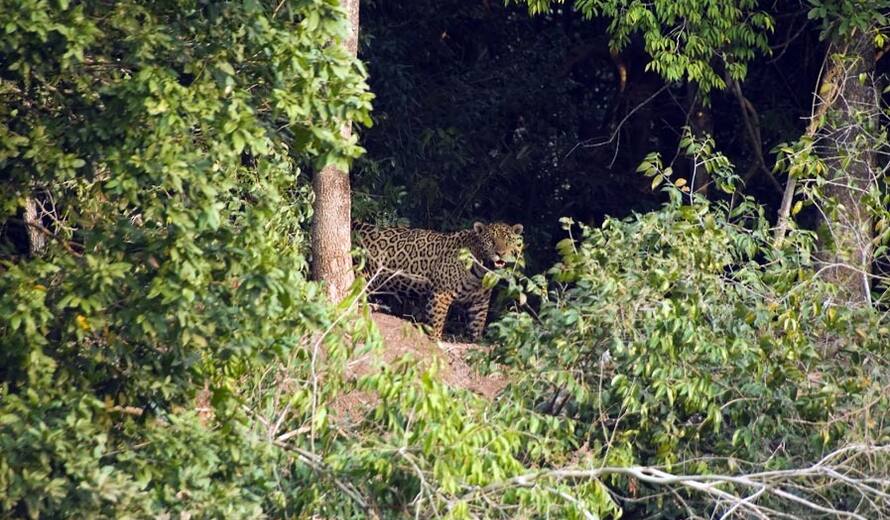 Unprecedented fires are blazing through the Pantanal, threatening numerous endangered species and the highly valuable ecosystem. The Rapid Response Facility, a joint initiative of UNESCO and Fauna and Flora International (FFI), is supporting firefighting activity in the Pantanal Biosphere Reserve to prevent fires from spreading into the Pantanal Conservation Area World Heritage site.

The Pantanal region is the largest tropical wetland in the world, located mostly within Brazil, but also extending into Bolivia and Paraguay. The 'Pantanal Conservation Area' natural World Heritage site, part of the larger Pantanal Biosphere Reserve, covers a considerable section of the Brazilian Pantanal with particularly high ecological importance. These areas protect numerous threatened species, such as a significant jaguar population, the giant armadillo, giant anteater, giant otter, marsh deer and the hyacinth macaw, the largest species of parrot.

Fires of unprecedented magnitude are currently burning in the Pantanal Biosphere Reserve and are threatening to spread into the Pantanal Conservation Area World Heritage site. A poor rainy season in 2019 resulted in the Paraguay River reaching its lowest level in 50 years. Lack of rain, accompanied by a current state of low humidity and high temperatures has resulted in devastating fires, with an estimated 1.6 million hectares affected. Strong winds and the location of active fires mean the site is in acute danger. This presents an existential threat to forest biodiversity, with animals that cannot move quickly, for example, caimans, snakes and tapirs, at particular risk.

Several governmental and non-governmental institutions collaborate to manage fires in the Pantanal, but resources are insufficient for this level of disaster. RRF has therefore provided US$ 37,745 to Instituto Homem Pantaneiro, one of the key organizations working to preserve the Pantanal biome. Funds will strengthen firefighting teams on the ground by providing innovative equipment, such as high-pressure floating pumps developed for irrigation and for fighting forest fires. These are highly efficient and particularly suitable in the local context as they can move around on the waterways, accessing hard to reach areas. The use of aircraft to fight fires from the sky will reinforce these efforts. The main partners providing co-funding to the project are the Brazilian Federal Government, the Mato Grosso (MT) State Government and the National System for the Prevention and Fighting of Forest Fires (PREVFOGO) of the Brazilian Institute of Environment and Renewable Natural Resources (IBAMA). Other relevant partners are UNESCO Brazil, Brazilian Network of Biosphere Reserves and the Pantanal Biosphere Reserve. Along with protecting this special ecosystem, quick action will help to protect the houses and boats of riverside dwellers, including members of the indigenous Guató ethnic group.

This RRF grant will not only support  the vital work of Instituto Homem Pantaneiro to fight the current inferno raging in the Pantanal, it will also build long-term local capacity to deal with future fire events – an important legacy as the climate changes and extreme weather events are likely to become more common.

UNESCO thanks Fondation Franz Weber, Arcadia, Fondation Iris and the Government of Norway for their support of the RRF.