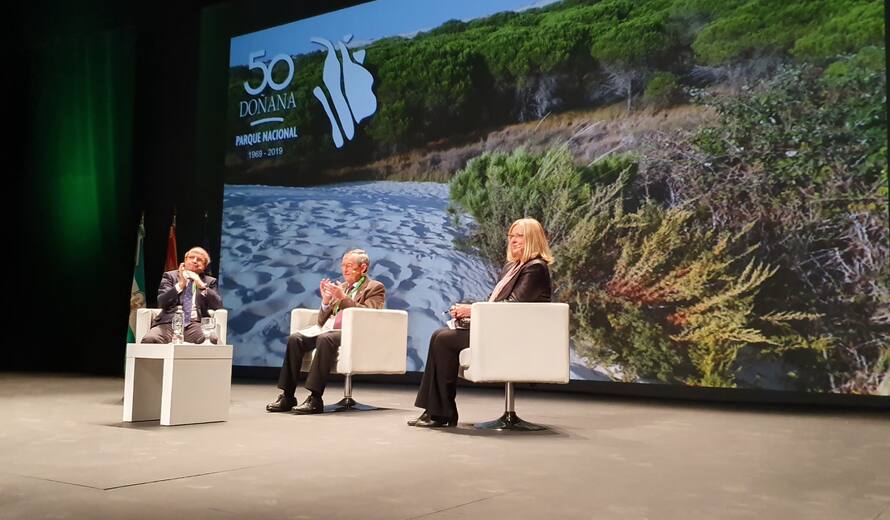 To celebrate the 50th anniversary of the creation of Doñana National Park, the Spanish authorities organized “Doñana, 50 years of a National Park” from 14 to 16 February in Almonte (Spain) in the presence of King Felipe VI.

The event brought together a great number of Spanish and international experts, local communities, NGOs and different institutions to exchange on experiences and lessons learned in safeguarding this exceptional site over half a century, and to discuss its future. Mechtild Rössler, Director of the World Heritage Centre, represented UNESCO at the event and highlighted the international cooperation of the site as a World Heritage property and UNESCO Biosphere Reserve.

Inscribed on the World Heritage List in 1994, Doñana National Park is located at the Guadalquivir River at its estuary on the Atlantic Ocean. It is notable for the great diversity of its biotopes, especially lagoons, marshlands, fixed and mobile dunes, scrub woodland and maquis (scrub vegetation). It is home to five threatened bird species and is the wintering site for more than 500,000 waterfowl each year. A joint World Heritage Centre – IUCN – Ramsar Convention mission to the site is taking place in February 2020.