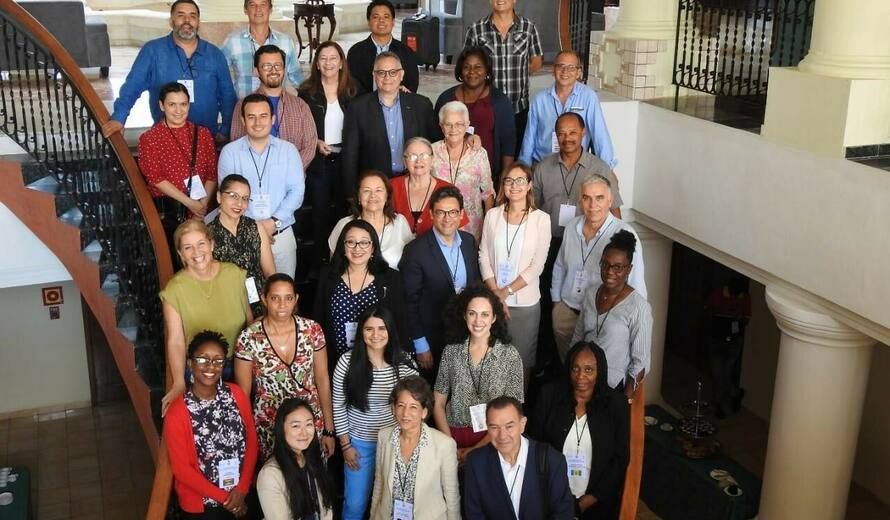 From 5 to 7 November 2019, a total of 27 participants—including Focal Points, Vice-Ministers, and academics—from 14 countries of the sub-regions of Mexico and Central America and the Caribbean gathered in Havana, Cuba, to analyze and discuss the relevance of their current Tentative Lists.

One of the central objectives of the three-day workshop was to strengthen the understanding of and encourage reflection on the importance and potentials of the Tentative Lists as a tool for improving the planning, conservation and management of cultural and natural heritage at the national and sub-regional levels.

The workshop was co-organized by the Regional Institute of World Heritage in Zacatecas, a Category 2 Centre under the auspices of UNESCO, and the Latin America and Caribbean Unit of the World Heritage Centre. It was supported by UNESCO Regional Office in Havana, the National Council of Cultural Heritage of Cuba (CNPC), and the Advisory Bodies to the Convention (ICCROM, ICOMOS and IUCN).

For both sub-regions, this workshop was an important exercise to consider a strategic way of updating the Tentative Lists under the framework of the Convention for the Protection of the Cultural and Natural Heritage and the Action Plan for Latin America and the Caribbean 2014-2014 (PARALC). In addition to the valuable presentations provided by the Advisory Bodies that formulated the basis for a better understanding of the topic, there were practical sessions for the participants to discuss the themes and potentials of their Tentative Lists in their respective sub-regions. The States Parties of Peru, Honduras, and Cuba also had the opportunity to share their recent updating experiences, on the successes and challenges that they encountered during the process. As an outcome of the workshop, the participants agreed on a series of important actions and follow-up measures to initiate the relevant processes soon, complying with the adopted commitments in updating their Tentative Lists. In addition, the meeting enabled to strengthen links and foster sub-regional cooperation among countries and to continue working with the World Heritage Centre, the Category 2 Centre of Zacatecas, and the Advisory Bodies for the implementation of the World Heritage Convention in Latin America and the Caribbean.