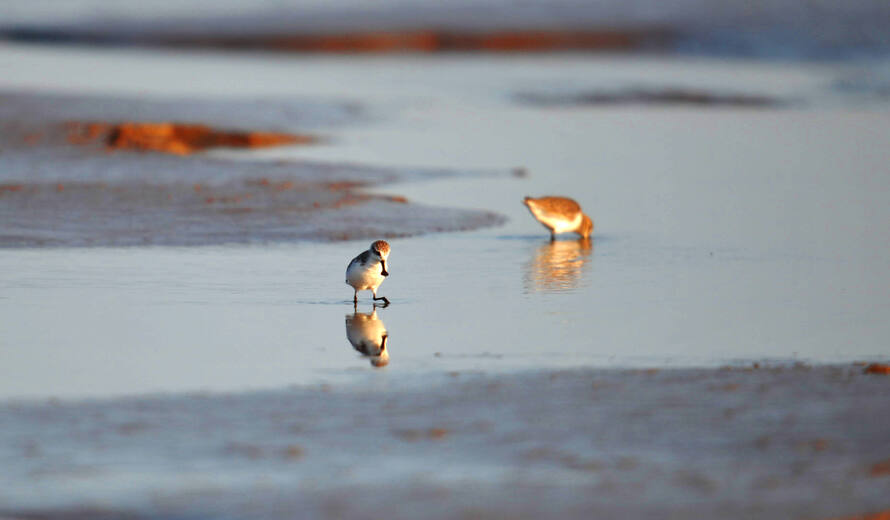 During the 43rd session of the World Heritage Committee, Migratory Bird Sanctuaries along the Coast of Yellow Sea-Bohai Gulf of China (Phase I) (China) was inscribed on the World Heritage List. The intertidal areas of the Yellow Sea, Gulf of Bohai are of global importance for the gathering of many migratory bird species that use the East Asian-Australasian flyway. Large gatherings of birds, including some of the world's most endangered species, depend on the coastline as a stopover to moult, rest, winter or nest.

Despite this progress, there is still a long way to go. Ecosystems and biodiversity are deteriorating faster than at any time in human history, undermining humanity’s well-being and future existence. This was the alarming message recently in the Intergovernmental Panel on Climate Change (IPCC) Special Report on the Ocean and Cryosphere in a Changing Climate. The report provides a comprehensive analysis of climate change effects on the ocean and the Earth's frozen areas. The report makes it clear that the ocean is in deep trouble and we must take action to regenerate it.

Cleaning up is just a start—we also need to recycle and not put waste in our irreplaceable World Heritage sites. The future of migratory birds depends on it.