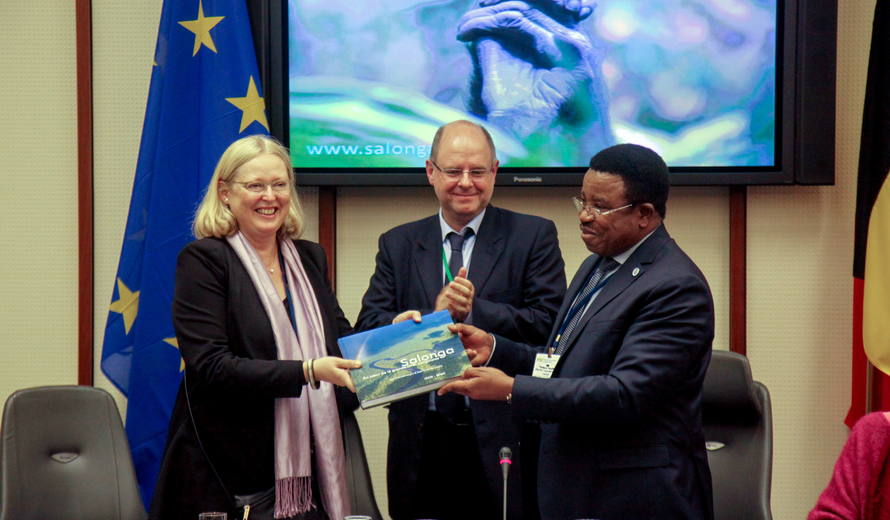 The World Heritage Centre reaffirmed its commitment to the protection of natural heritage at the 18th Meeting of the Parties of the Congo Basin Forest Partnership (CBFP) in Brussels, Belgium, which was held on 27 and 28 November 2018.

Ms. Mechtild Rössler, Director of the World Heritage Centre, welcomed the progress made in its protection and highlighted the future challenges facing this second lung of the Earth during the Ministerial Session.

These challenges were discussed in more detail at the side event organized by the World Heritage Centre on the role of the World Heritage Convention in protecting biodiversity in the Congo Basin. The event brought together more than 50 people and was an opportunity to emphasize the urgent need to take action against the harmful effects of poaching, mining, oil and agro-industrial projects, and climate change on the conservation of the Congo Basin forest.

The various testimonies of the Director General of the Institut Congolais pour la Conservation de la Nature (ICCN), the European Commission and the German Development Bank KfW as well as the conservation Non-Governmental Organizations, WWF and WCS highlighted the dynamism of the World Heritage Convention in mobilizing stakeholders for the conservation of sites. This event highlighted the multiplicity of actions carried out in the region with their respective challenges and successes. Each conservation stakeholder called for increased synergies and efforts to address the significant challenges that continue to threaten the integrity of the sites, despite their global recognition as World Heritage.

The event was followed by the launch of a new book on Salonga National Park in the Democratic Republic of Congo, inscribed on the World Heritage List since 1984. The book, "Salonga, in the heart of the great Congolese forest", published by ICCN and WWF highlights the richness of the biological diversity of the site, the challenges to its conservation and the results of ongoing management efforts.