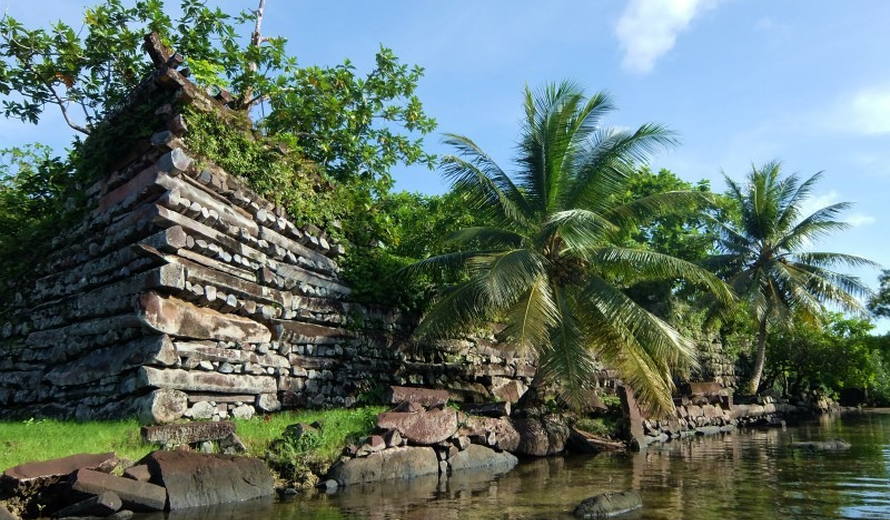 “Nan Madol: Ceremonial Centre of Eastern Micronesia” is a jewel in the Pacific that has inspired many stories and myths. There are more than 100 islets at the site, constructed with walls of basalt and coral boulders, upon which were built structures with walls up to eight meters high of columnar basalt that glistens in the sun. These ruins represent the ceremonial center of the Saudeleur dynasty, a vibrant period in Pacific Island culture from about the twelve through the seventeenth centuries.

The property, located in the Federated States of Micronesia (FSM), was inscribed on the World Heritage List in 2016 and on the List of World Heritage in Danger at the same time due to threats, notably vegetation that is dislodging stones in the many impressive structures in the site through root activity and by tree fall in storms, siltation of the famous canals there, and sea level rise. The World Heritage Committee encouraged international cooperation to support the conservation project of Nan Madol (40 COM 8B.22, Istanbul, 2016).

Since its inscription, the property has received support from international partners (France, Japan, the Netherlands and the United States of America) in offering expert advice to the State Party to work on achieving the desired state of conservation of the property.

In September 2018, the U.S. Ambassador’s Fund for Cultural Preservation provided a grant to help preserve the ancient ruins of Nan Madol in the amount of US$ 375,000. This is through the Cultural Site Research and Management Foundation in collaboration with the FSM Office of National Archives, Culture and Historic Preservation.

The three main goals of this phase are: (1) an invasive vegetation study, (2) a study of the siltation and hydrology of the canals, and (3) feature-by-feature documentation. The studies and research proposed for this project are necessary prerequisites towards accomplishing larger conservation goals.

The UNESCO World Heritage Centre will closely communicate with the Project team and the State Party, in cooperation with the Advisory Body, towards removing the site from the List of World Heritage in Danger.