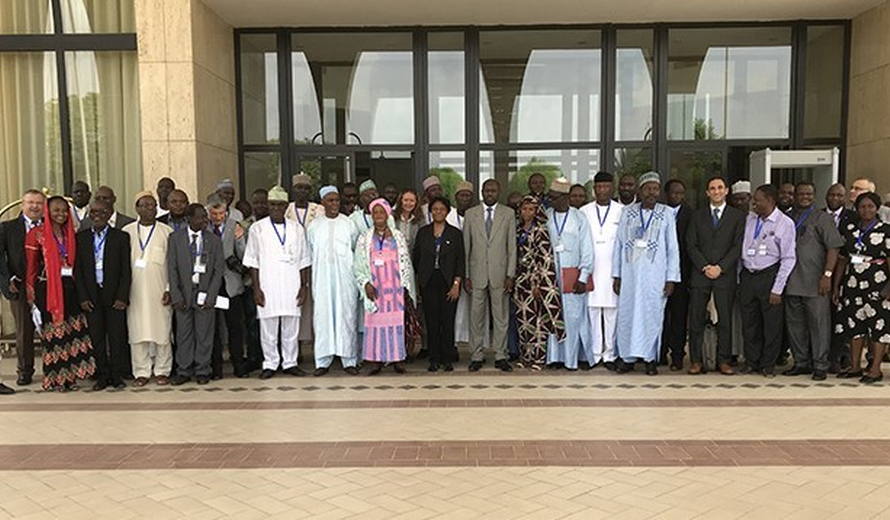 The stakeholders and partners of the project BIOsphere and Heritage of Lake Chad (BIOPALT) met in N'Djamena from 28 to 31 May 2018 to discuss their collaboration for the implementation of the project. Launched on 28 February 2018, the BIOPALT project aims to strengthen the capacity of the member states of the Lake Chad Basin Commission (LCBC) to safeguard and sustainably manage the hydrological, biological and cultural resources of the Lake Chad Basin, in order to contribute to poverty reduction and to promote peace.

The meeting was organized by UNESCO in partnership with the LCBC and the African Development Bank. It brought together 54 participants from 11 countries, including experts specialized in the project’s areas of action (environment, ecology, hydrology, geography, socio-economics, cultural heritage, social mobilization and local development), elected officials and decision-makers, technical partners, representatives of civil society and indigenous peoples. The meeting was part of the restitution and consolidation of the results of the national consultation workshops held in January and February 2018 in each of the five project beneficiary countries: Cameroon, Niger, Nigeria, Central African Republic and Chad.

In particular, the meeting enabled the project's operational partners to get to know each other better and to agree on the synergies of action to be implemented in transboundary collaboration. It also enabled all participants to take ownership of the results of the national consultation workshops and to establish a clear vision of the activities to be carried out at the transboundary level. The project's priority areas of intervention were defined and agreed upon through the consultations, including the mapping of transboundary areas for priority interventions.

The meeting also resulted in a series of recommendations aimed, for example, at ensuring operational use of study results, involving students and local communities in mapping, and taking into account traditional ecosystem restoration techniques, and to establish channels of communication between the BIOPALT project and decision makers to inform and orient them regularly.

This was also an inaugural meeting for the project's scientific and technical committee. It is a multidisciplinary team of experts specialized in the areas of intervention of the project and representative of the diversity of the actors of the five beneficiary countries of the project. This committee plays a key role in the execution of project activities. It is the consultative body that will advise and guide the Project Management Unit. This team consists of the following people: