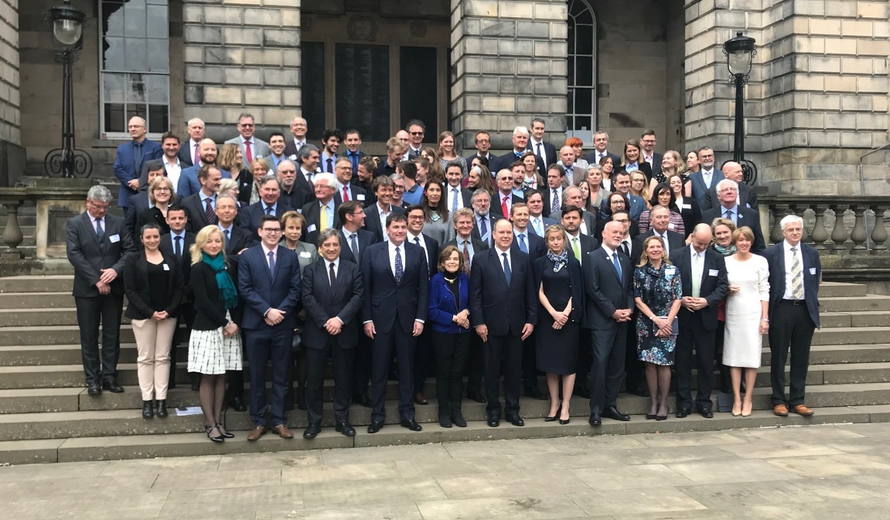 In recent years, big strides have been made toward protecting bigger shares of the ocean. According to the International Union for the Conservation of Nature (IUCN), 6,97% of the ocean is now covered by marine protected areas. Yet many challenges remain. UNESCO’s World Heritage Marine Programme was invited to participate in the Monaco Blue Initiative to share and update on how the world’s flagship marine protected areas secure effective management amidst a rapidly changing climate.

The Monaco Blue Initiative (MBI) brings together government, civil society, science and private sector leaders to discuss ocean management. Launched in 2010 by H.S.H. Prince Albert II of Monaco, MBI is co-organised by the Oceanographic Institute and the Prince Albert II of Monaco Foundation. Its members meet annually to discuss the intersection of economic and environmental concerns in ocean management.

MBI’s 2018 edition took place in Edinburgh in collaboration with the University of Edinburgh. The opening address was delivered by H.S.H. Albert II of Monaco, who spoke about the urgency of decisive international action to halt the decline of our oceans. The closing address was delivered by H.R.H. The Princess Royal, who emphasized that our generation has more power than ever before to make the change the ocean needs.

Working every day across 49 sites in 37 countries gives the World Heritage Marine Programme a unique perspective on the state of marine conservation. While we are making progress in conserving more of the ocean as marine protected areas, serious management challenges remain, even for well-resourced and high profile sites. At least 30 percent of World Heritage marine sites still struggle with illegal, unreported or unregulated fisheries. Plastic pollution threatens several sites in the Pacific and Indian Oceans. Twenty-five of 29 World Heritage-listed coral reefs experienced bleaching stress in the last three years, where record-breaking temperatures caused the worst mortalities ever observed. At its forthcoming 42nd session, the World Heritage Committee will evaluate the state of conservation of 11 marine World Heritage sites and decide over the possible inscription on the List of World Heritage in Danger for two of them.

One hundred and ninety-three nations have signed the World Heritage Convention, pledging to protect the planet’s most precious places. As H.S.H. Albert II of Monaco noted in his opening address in Edinburgh, world leaders have come together to chart a path forward. But it is critical now to deliver on those commitments.