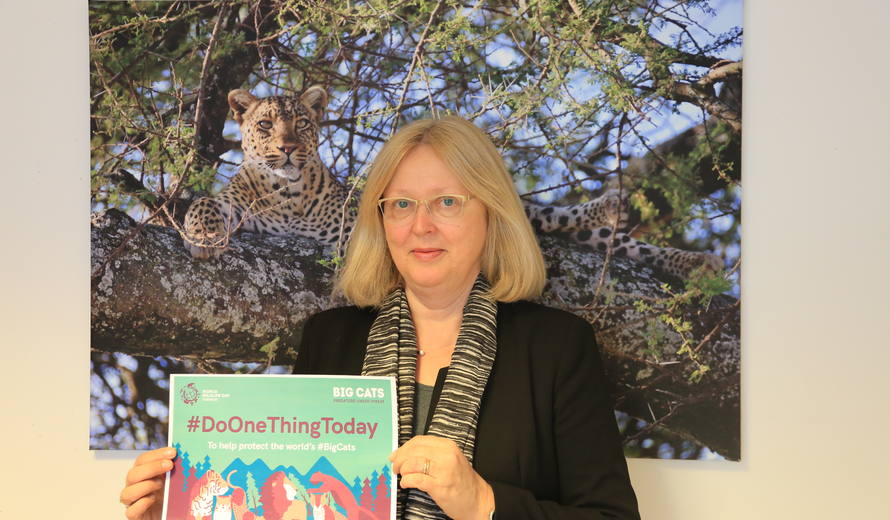 Natural World Heritage sites are home to a great many species, which makes taking care of these sites even more important. This year for World Wildlife Day, we celebrate the 'big cats', predators who play a primordial role in the ecosystems in which they live, and many of whom are under threat.

Of the 36 wild species of cat that exist in the world, 35 occur in at least one World Heritage site, making the Convention an important instrument for their conservation.

Iguaçu National Park (Argentina/Brazil) includes one of the world’s largest and most impressive waterfalls, its lush environment is home to endangered and vulnerable species such as the Jaguar and Puma, and smaller cats such as the Ocelot, Margay, and Jaguarondi.

Doñana National Park in Andalusia, Spain, on the bank of the Guadalquivir River, supports an important population of the Iberian Lynx, a threatened species. In the unusually temperate forests of the Sikhote-Alin mountain range in Russian Federation, southern species such as the endangered Amur Tiger cohabit with northern species such as the Lynx. And the Golden Mountains of Altai in Siberia play a key role in the conservation of the globally endangered Snow Leopard: the core population is here, and protection this area helps provide a protected corridor for the natural movement of the species across the Mongolian and Kazakhstan population, helping to maintain numbers internationally.

Among tigers, there are nine tiger subspecies, although the species as a whole as listed as endangered on the IUCN Red List. This includes the Sumatran tiger in the Tropical Rainforest Heritage of Sumatra (Indonesia), a site inscribed on the List of World Heritage in Danger, where poaching and forest loss continue to threaten the property and its role as a habitat.

Action is being taken. One recent successful example involves reintroducing the Persian Leopard in the Western Caucasus (Russian Federation), where hunting and human encroachment had nearly wiped them from the region. A programme has brought them back – scientists prepared the territory by reintroducing prey species for the cats, and then leopards were bred, with the cubs raised to hunt their food and be wary of humans. The leopards have been reintroduced into the wild, and evidence of their hunting habits indicates they are thriving.

We all have a role to play, to protect these cats and their habitats. To get involved, there are many ways, including contributing to World Heritage conservation globally, and today you can do one thing: