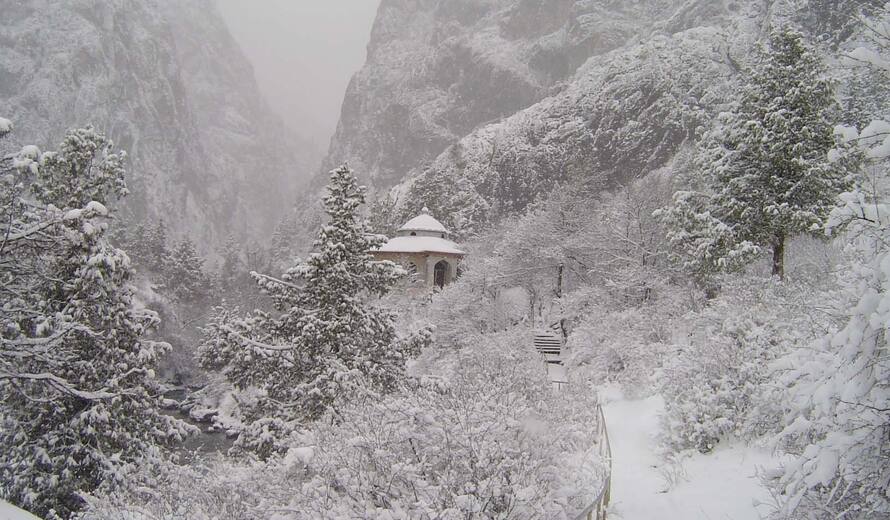 International Mountain Day, designated by the United Nations General Assembly in 2003 and celebrated on 11 December, highlights the importance of mountains to life on Earth. The theme for 2017, “Mountains under Pressure: climate, hunger, migration”, draws our attention to some of the most critical challenges that mountains and people living in mountain areas are currently facing. It also reiterates roles that the World Heritage Convention is fulfilling in order to safeguard mountain protected areas, as well as to strengthen resilience of mountain peoples to overcome these challenges.

In the face of impacts of climate change, the Outstanding Universal Value and integrity of World Heritage mountain sites are increasingly at risk. The IUCN World Heritage Outlook 2 highlights climate change as the fastest-growing threat to natural World Heritage. At least a quarter of all natural sites are already facing the consequences of climate change. These include many mountain sites such as Kilimanjaro National Park in Tanzania, with the highest point in Africa, the Swiss Alps Jungfrau-Aletsch, home to Europe’s largest glacier, and Huascarán National Park in Peru, situated in the world's highest tropical mountain range. Climate change is not only affecting their biodiversity, geodiversity and other exceptional natural features, but also making indigenous people and local communities, who are the custodians of these mountain landscapes, more vulnerable.

Mountains have always inspired people and are often considered sacred. In 1993, Tongariro National Park in New Zealand was the first cultural landscape inscribed on the World Heritage List, recognizing the cultural and religious significance of its mountains for the Maori people and symbolizing the spiritual links between this community and its environment. Many of the mountain landscapes are formed through a long-term interaction between humankind and the natural environment. The Rice Terraces of the Philippine Cordilleras, for instance, is an outstanding example of 2,000 years of such interaction. The conservation of these sites depends on the wealth of indigenous and local knowledge, and the cultures and traditions of the people living in these outstanding places which have created and maintained these landscapes.

People depend on well-preserved World Heritage mountain properties. These sites often play a direct role in providing food, clean water and medicinal plants. Western Tien-Shan, a transnational property in Kazakhstan, Kyrgyzstan and Uzbekistan, for example, is known as a centre for rich agrobiodiversity including nut and fruit trees and many rare cultivated plants—thus, conserving the property also contributes to enhancing food security in the region. World Heritage mountain properties also offer innovative tools to alleviate poverty and enhance sustainable livelihoods of local communities, such as through developing sustainable cultural and ecological tourism. Conserving mountain sites also contributes to biodiversity and the well-being of people living downstream from them.

Mountain World Heritage sites can contribute significantly to sustainable development, conserving biodiversity and ecosystems while contributing to benefits for society at large. The World Heritage Sustainable Development Policy, adopted in 2015, has set milestones for those implementing the World Heritage Convention, towards achieving the 2030 Agenda to initiate necessary actions at a policy level and on the ground. We must act together to safeguard our invaluable mountains for the benefit of everyone, before ongoing changes become irreversible.