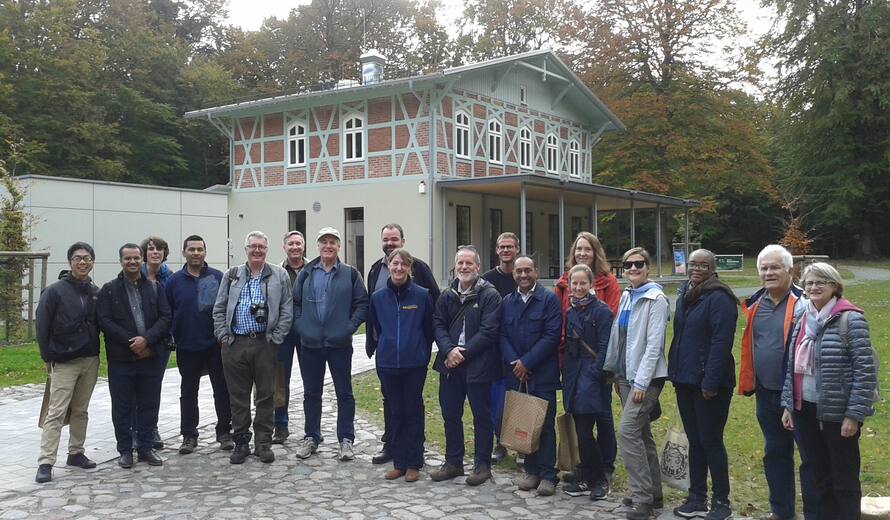 An international expert workshop took place from 16 to 20 October 2017 at the International Academy for Nature Conservation in the Baltic Sea island of Vilm, in Germany, to discuss the challenges posed by climate change to the conservation and management of World Heritage sites. The meeting was funded by the German Federal Agency for Nature Conservation and organized in cooperation with IUCN, ICOMOS, ICCROM and the UNESCO World Heritage Centre.

The meeting brought together 20 international heritage experts on climate change from 15 countries with the aim to discuss the revision of the “Policy Document on the Impacts of Climate Change on World Heritage Properties”, adopted by the General Assembly of States Parties to the World Heritage Convention in 2007. The recommendations of the expert group will feed into the process of updating the policy document, as requested by the World Heritage Committee in 2016 and 2017.

The expert group reviewed the progress made in implementing the policy document and discussed existing and possible future synergies between the World Heritage Convention and the key instruments on climate change policy and science, including the UNFCCC with its Paris Agreement and the IPCC assessment reports. The group also noted the various links to the UN 2030 Agenda for Sustainable Development and the need to develop a strategic plan to implement the future policy document.

Climate change impacts have already been observed at a number of UNESCO World Heritage sites around the globe, and it is predicted that this phenomenon could become the biggest potential threat to all sites in the future. The most recent assessments released by UNESCO have revealed how climate change threatens the existence of the coral reefs inscribed on the World Heritage List, and jeopardizes the economic benefits World Heritage sites provide through tourism. However, it is encouraging to note that the sustainable development policy adopted by the General Assembly of States Parties in 2015 acknowledged that World Heritage can also strengthen societies’ resilience to natural hazards and climate change.