UNESCO Convenes International Symposium on “The Future of the Bamiyan Buddha Statues: Technical Considerations and Potential Effects on Authenticity and Outstanding Universal Value” 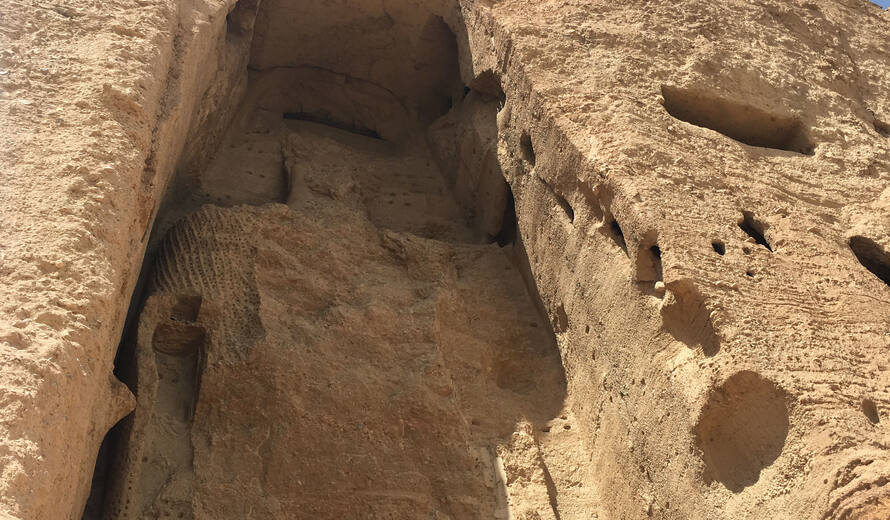 On 27-29 September 2017, UNESCO will convene a three-day technical symposium in Tokyo, Japan, entitled “The Future of the Bamiyan Buddha Statues: Technical Considerations and Potential Effects on Authentic and Outstanding Universal Value”. This meeting will provide an opportunity to discuss the potential reconstruction of the Buddha statues in the Bamiyan Valley (Afghanistan), which were destroyed in 2001 by the Taliban Regime.

Following the intentional destruction of the Buddha statues, UNESCO led an international discussion aiming to prevent such crimes in the future, which resulted in the landmark ‘UNESCO Declaration Concerning the Intentional Destruction of Cultural Heritage’ in 2003 and, the same year, to the inscription of the “Cultural Landscape and Archaeological Remains of the Bamiyan Valley” simultaneously on the World Heritage List and the List of World Heritage in Danger. UNESCO also called upon the international community’s solidarity to safeguard the remains of this outstanding feature of the Afghan cultural heritage. Ever since, thanks to the support granted through the UNESCO/Japan Funds-in-Trust, UNESCO has been consolidating the significantly weakened rear walls of the Buddha niches, without which the niches might have collapsed. After more than 15 years, the consolidation work at the Eastern Buddha niche has come to an end, while very urgent works at the Western Buddha niche have just begun.

In the meantime, there has been much debate, at both national and international levels, on the reconstruction of the destroyed Buddha niches. This had already been raised in 2002, during the first international conference held in Kabul, and it was agreed that any plans for the reconstruction of the Buddha statues at Bamiyan would need further discussion at a later stage.

Consequently, the upcoming symposium in Tokyo will, on the one hand, foster exchanges of research, experience and observations and provide an opportunity to clarify the existing theory and practice around the reconstruction of cultural properties. The increasing destruction of cultural heritage that took place in recent years has triggered new thought on reconstruction, in particular regarding the cultural rights of local communities affected by the destruction of their cultural heritage. The Symposium will also examine a number of technical proposals presented by international experts for the potential reconstruction of one or more of the Buddha statues at the Bamiyan World Heritage property and assess their technical feasibility. This discussion will also touch upon questions of authenticity and on the impact on the Outstanding Universal Value of the Bamiyan Valley World Heritage property.

Representatives of the Government of Afghanistan, notably the Minister of Culture and the Governor of Bamiyan province, will attend the meeting, along with renowned international experts in the field of conservation.

This meeting is made possible thanks to the UNESCO/Japan Funds-in-Trust for the Safeguarding of the Bamiyan Buddha Niches (Phase V), and is organized at the invitation of the Tokyo University of the Arts Japan.