Statement by the Director-General of UNESCO on the Old City of Jerusalem and its Walls, a UNESCO World Heritage site 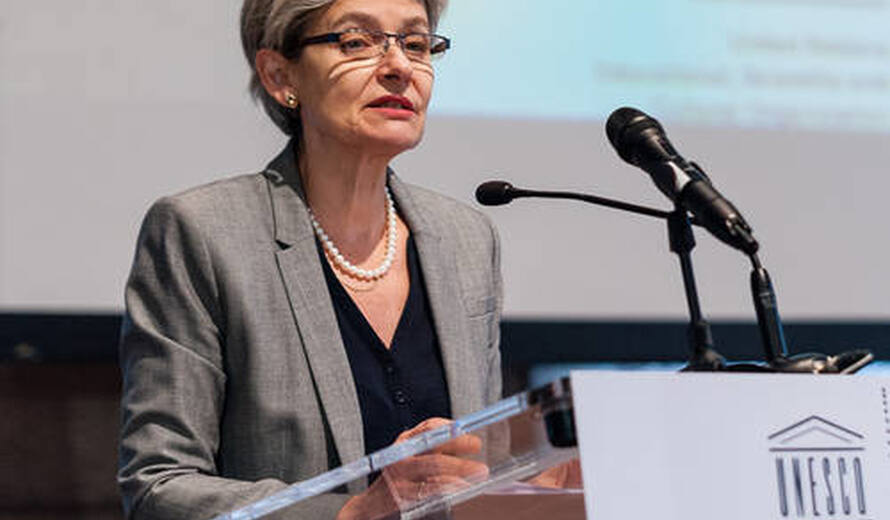 “As I have stated on many occasions, and most recently during the 40th session of the World Heritage Committee, Jerusalem is the sacred city of the three monotheistic religions - Judaism, Christianity and Islam. It is in recognition of this exceptional diversity, and this cultural and religious coexistence, that it was inscribed on the UNESCO World Heritage list.

“The heritage of Jerusalem is indivisible, and each of its communities has a right to the explicit recognition of their history and relationship with the city. To deny, conceal or erase any of the Jewish, Christian or Muslim traditions undermines the integrity of the site, and runs counter to the reasons that justified its inscription on the UNESCO World Heritage list.

“Nowhere more than in Jerusalem do Jewish, Christian and Muslim heritage and traditions share space and interweave to the point that they support each other. These cultural and spiritual traditions build on texts and references, known by all, that are an intrinsic part of the identities and history of peoples. In the Torah, Jerusalem is the capital of King David, where Solomon built the Temple and placed the Ark of the Covenant. In the Bible, Jerusalem is the city of the passion and resurrection of Jesus Christ. In the Quran, Jerusalem is the third holiest site in Islam, where Muhammad arrived after his night journey from Al Haram Mosq (Mecca) to Al Aqsa.

“In this microcosm of humanity’s spiritual diversity, different peoples worship the same places, sometimes under different names. The recognition, use of and respect for these names is paramount. The Al Aqsa Mosque / Al-Haram al-Sharif, the sacred shrine of Muslims, is also the Har HaBayit – or Temple Mount – whose Western Wall is the holiest place in Judaism, a few steps away from the Saint Sepulcher and the Mount of Olives revered by Christians.

“The outstanding universal value of the City, and the reason why it was inscribed on the UNESCO World Heritage list, lies in this synthesis, which is an appeal for dialogue, not confrontation. We have a collective responsibility to strengthen this cultural and religious coexistence, by the power of acts and also by the power of words. This requirement is stronger than ever, to bridge the divisions that harm the multi-faith character of the Old City.

“When these divisions carry over into UNESCO, an Organization dedicated to dialogue and peace, they prevent us from carrying out our mission. UNESCO's responsibility is to foster this spirit of tolerance and respect for history, and this is my absolute daily determination as Director-General, with all Member States. I am committed to this under all circumstances, because this is our raison d’être -- to recall that we are one single humanity and that tolerance is the only way forward in a world of diversity.”