Timbuktu Trial: "A major step towards peace and reconciliation in Mali" 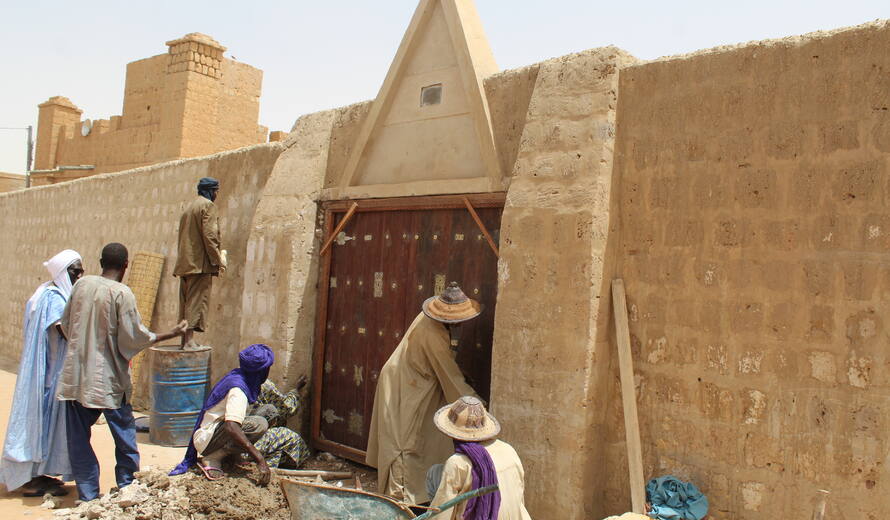 Restoration of sacred gate of Sidi Yahia in Timbuktu, which was officially reinstalled on 19 September 2016. © UNESCO / Clarisse Njikam

The International Criminal Court (ICC) has recognized Ahmed Al-Faqi Al-Mahdi guilty of war crime and has sentenced him to 9 years in prison for his responsibility in the deliberate destruction in 2012 of nine mausoleums and the secret gate of the Sidi Yahia mosque in UNESCO’s World Heritage site of Timbuktu (Mali).

“The decision of the International Criminal Court is a landmark in gaining recognition for the importance of heritage for humanity as a whole and for the communities that have preserved it over the centuries. It also supports UNESCO’s conviction that heritage has a major role to play in reconstruction and peace building,” said the Director-General of UNESCO, Irina Bokova.

This historic decision, a first under the Rome Statute, is a crucial step to end impunity for the destruction of cultural heritage. It confirms earlier decisions taken by international jurisdictions and it amplifies them in a judgment entirely devoted to the destruction of cultural heritage. This is a major step for the strengthening of international justice and towards peace and reconciliation in Mali.

This case reminds us all of how heritage protection has become a major security issue, which cannot be delinked from the protection of human lives. Deliberate attacks on culture have become weapons of war in a global strategy of cultural cleansing seeking to destroy people as well as the monuments bearing their identities, institutions of knowledge and free thought.

UNESCO takes also this judgment as an encouragement to continue the work engaged over the last years to protect and rehabilitate heritage in Mali, in close cooperation with the UN peacekeeping force MINUSMA, and to preserve cultural diversity and human rights as a lasting foundation for peace, not only in Mali but also across the world.