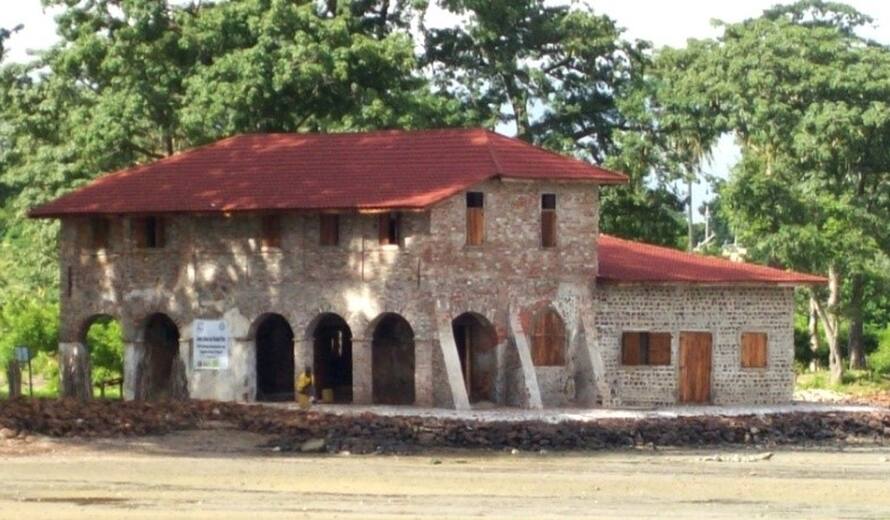 It is with great sadness and concern that the World Heritage Centre learnt of the impact of the heavy rains and windstorms of 23 August 2016 that affected local communities, historic buildings and the villages of Albreda and Juffureh at Gambia's World Heritage site of Kunta Kinteh Island and Related Sites.

The storms caused destruction of property, including the loss of part of the roof of the Compagnie Francaise d'Afrique Occidentale (CFAO) Building on the Albreda waterfront, thus exposing the building to further damage particularly from possible bird nesting.

The property includes Kunta Kinteh Island Fort and a series of sites associated with the early European occupation of the African continent. The CFAO Building is a former colonial warehouse in the village of Albreda forming part of a complex made up of seven separate sites. It encompasses the whole of Kunta Kinteh Island, the remains of a Portuguese chapel, the Maurel Frères Building in the village of Juffureh, and the small Portuguese settlement of San Domingo, as well as Fort Bullen and the Six-Gun Battery. Fort Bullen and the Six-Gun Battery are at the mouth of the Gambia River. Kunta Kinteh Island and the other sites are located some 30 km upstream.

The communities are mourning a fisherman who was lost at sea during the storm. The Director of the World Heritage Centre, Mechtild Rössler, has expressed her condolences and deep sympathies to the family and all those affected by these events.

The national authorities of the Gambia have submitted an International Assistance request to the World Heritage Centre to address the most pressing needs and to protect and secure the affected structures. Various actions have been launched to mobilize the necessary resources.