Historic Centre of Shakhrisyabz, Uzbekistan, added to List of World Heritage in Danger 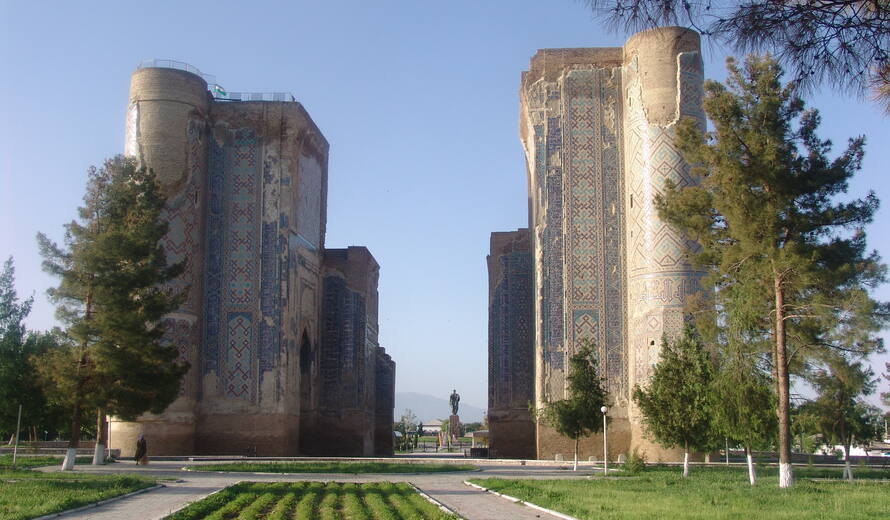 Istanbul, Turkey, 13 July — The World Heritage Committee has decided to add Uzbekistan’s Historic Centre of Shakhrisyabz to the List of World Heritage in Danger due to the over-development of tourist infrastructure in the site.

The Committee expressed concern over the destruction of buildings in the centre of the World Heritage site’s Medieval neighbourhoods and the construction of modern facilities including hotels and other buildings which have affected irreversible changes to the appearance of historic Shakhrisyabz. The Committee has requested that UNESCO’s World Heritage Centre and the International Council on Monuments and Sites (ICOMOS) send a joint mission to assess the extent of damage and propose appropriate corrective measures.

The Historic Centre of Shakhrisyabz, located on the Silk Road in southern Uzbekistan, is over 2,000 years old and was the cultural and political centre of the Kesh region in the 14th and 15th century. The Historic Centre of Shakhrisabz bears witness to the city’s secular development and to centuries of its history, particularly to the period of its apogee, under the rule of Amir Temur and the Temurids, from the 15th-16th century.