On anniversary of Nepal earthquake, a new partnership for heritage 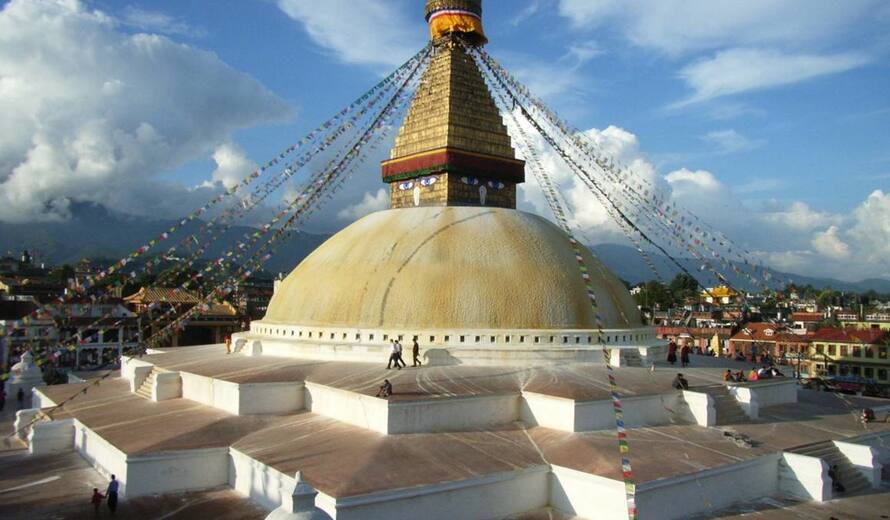 Saying that culture bears the soul of the Nepalese people, UNESCO Director-General Irina Bokova launched a new project for the rehabilitation of the Kathmandu Valley World Heritage Site with the Minister of Culture, Tourism and Civil Aviation, Mr Ananda Prasad Pokharel, upon her arrival in Kathmandu today.

The three-year project is the result of a partnership agreement with Hainan Province Cihang Foundation (Peoples’ Republic of China) that places priority on the recovery and rehabilitation of the monument zones of Hanumandhoka (Kathmandu) Durbar Square and Swayambhu, a Buddhist stupa complex.

“We must respond through culture because culture and cultural heritage are unparalleled forces of identity, belonging and renewal,” said Ms Bokova. “This is how we will do justice to the Nepalese people and all of humanity because this extraordinary heritage belongs to all of us.”

The Director-General recalled that UNESCO mobilized immediately after the 25 April 2015 earthquake, sending emergency assessment missions and working with the Government to plan and implement its action.

The Minister of Culture, Tourism and Civil Aviation, Mr Ananda Prasad Pokharel asserted that cultural heritage is what is most important for the identity of Nepal. He recalled the scale of the damage and in the presence of numerous Ambassadors, expressed gratitude to all donors for their support. He affirmed that Nepal will reconstruct over 100 damaged sites in the current fiscal year.

Kathmandu Valley is unique for its exceptional craftsmanship in brick, stone, timber and bronze, and for the rich cultural practices embedded in these historic sites. The project with the Hainan Province Cihang Foundation will contribute to the restoration of local economy, creating new employment and training opportunities and reviving the potential for cultural tourism. It will also focus on efforts to enhance the capacity of national institutions in the areas of research and establish a data base of Nepal’s cultural heritage.

“This is a unique potential to create jobs, improve livelihoods and foster economic development and cultural tourism. It is a unique opportunity to enhance the capacity of national institutions in research, documentation and conservation measures,” said Ms Bokova. “In all this, we do not seek only to rebuild heritage. We aim to ensure the continuity of cultural practices, the transmission of local knowledge, the continuity of the identity of communities.”

She commended the people of Nepal for their determination and underlined the importance of preserving their cultural heritage and its outstanding universal values in restoration efforts.

The April and May 2015 earthquakes affected about 2,900 heritage structures with cultural and religious value within the Kathmandu Valley as well as in the north-western region of Nepal. Out of 691 damaged sites, 131 were completely destroyed.

Coordinated by the UNESCO Office in Kathmandu, the project will be implemented with the Department of Archaeology, under the Ministry of Culture, Tourism and Civil Aviation.

UNESCO and the Hainan Province Cihang Foundation have already partnered to enhance quality education and gender equality in Africa and Asia.