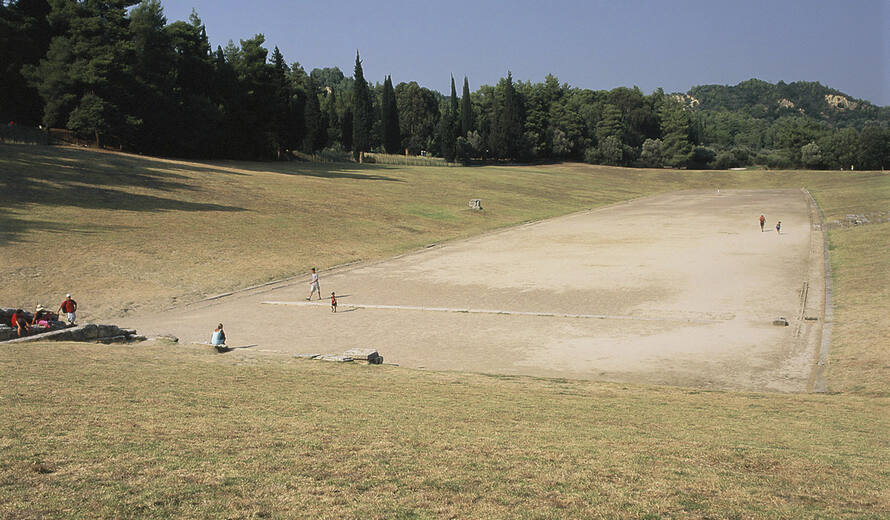 Every year on 18 April, ICOMOS celebrates the “International Day for Monuments and Sites”, whose establishment was approved by the 22nd UNESCO General Conference in 1983.

ICOMOS wishes to dedicate the 2016 International Day for Monuments and Sites to the heritage of sports, since sports have developed from the origin of humankind onwards and have left testimonies to the diversity of installations and facilities related to their practice, many of them bearing values related to the development of architecture, art and techniques.

Dedicating the 18 April 2016 to the heritage of sport is the opportunity to celebrate the role of sport, some of which constitute an important expression of our intangible cultural heritage and a symbol of the cultural diversity of our societies. UNESCO’s International Charter of Physical Education, Physical Activity and Sport, revised in November 2015, recalls that traditional and indigenous games, dances and sports, also in their modern and emerging forms, express the world’s rich cultural heritage and must be protected and promoted.

The practice of sports has led to the creation of specific facilities and spaces, many of which have outstanding value and have been designated and protected as part of World Heritage sites. For example, there are the remains of all the sports structures built for the Olympic Games at the World Heritage property of the Archaeological Site of Olympia, where games were held every four years beginning in 776 B.C.

On this occasion, the Director of World Heritage Centre wishes to join ICOMOS to encourage activities related to the heritage of sports, with the aim of raising awareness of its values and reiterate calls for all stakeholders in the protection of monuments and sites to work together, especially on the preservation and conservation of threatened World Heritage sites.