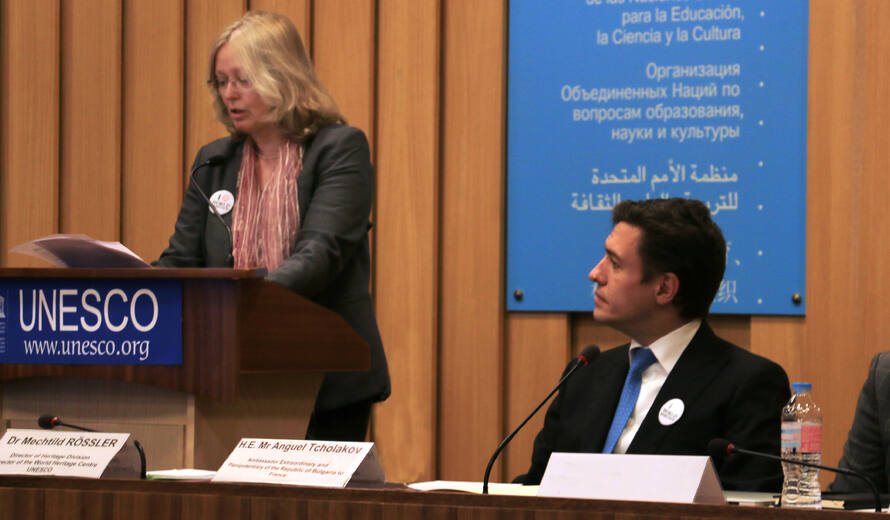 On 18 February 2016, the participants in the first Thematic Expert Consultation meeting on sustainable management of World Heritage properties of Religious Interest focused on South-Eastern and Mediterranean Europe successfully adopted the Conclusions and Recommendations of the meeting.

From 16 to 18 February 2016, thanks to the support of Bulgaria, a cycle of Regional Thematic Consultations on sustainable management of the World Heritage properties of religious interest was launched at UNESCO within the framework of the Initiative on Heritage of religious interest with a first Thematic Expert Consultation meeting focused on South-Eastern and Mediterranean Europe.

The adopted conclusions and recommendations will contribute to the development, by the World Heritage Centre, in consultation with the Advisory Bodies, of a thematic paper proposing to States Parties general guidance regarding the management of their cultural and natural heritage of religious interest, as requested by the World Heritage Committee.

It is hoped that this first regional thematic consultation will be the first of many more come, and that the adopted conclusions and recommendations will provide useful guidance for ensuing consultations.