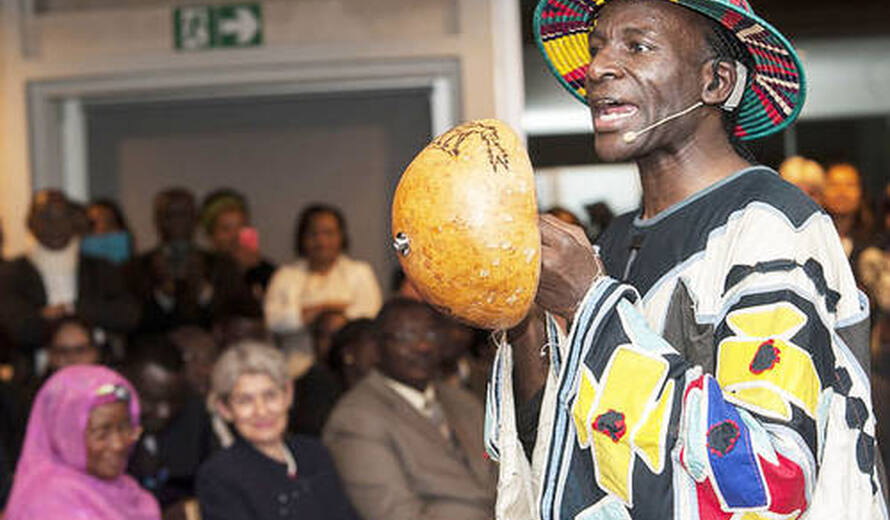 This event celebrated the AWHF’s achievements over the past years in supporting the implementation of the World Heritage Convention in Africa and to safeguarding the diversity of the continent’s rich heritage, as a source of identity and sustainable development. Thanks to this partnership, the AWHF has organized, in close collaboration with UNESCO’s World Heritage Centre, over 50 training workshops towards the implementation of the 2012-2017 Action Plan for World Heritage in the Africa Region which focuses on nomination training, preparing tentative lists, risk preparedness, entrepreneurship training, and traditional management systems. Other workshops have supported the Africa Nature Programme, the COMPACT Initiative (Engaging Local Communities in the Stewardship of World Heritage), Climate Change and Sustainable Tourism.

Throughout these joint efforts, the AWHF and UNESCO have trained 521 participants from 49 States Parties to the World Heritage Convention, including 153 female participants.

AWHF and UNESCO are currently collaborating on the organization of the first regional Youth Forum for World Heritage in the Africa region in 2016 as well as an international conference on Conservation of African World Heritage properties and Sustainable Development, which will be part of the 10th anniversary celebrations.