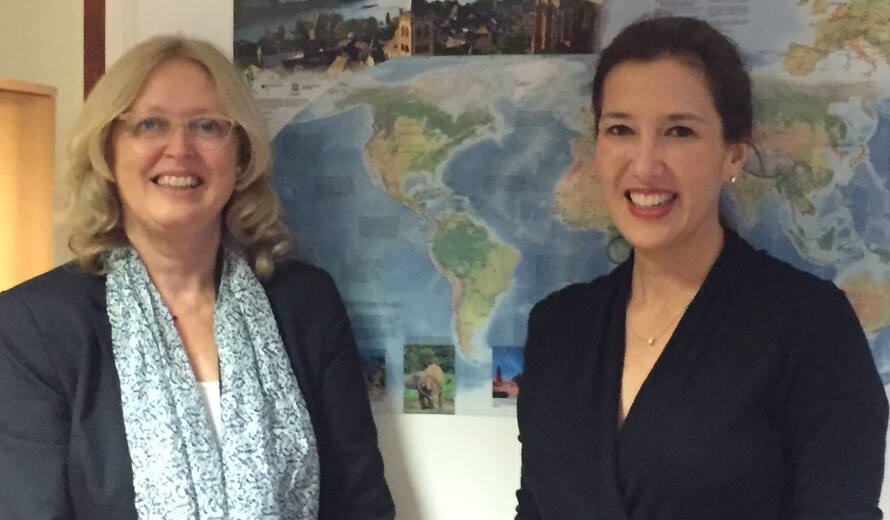 On 10 November 2015, World Heritage Centre Director Mechtild Rössler, and Panama Minister of Environment Mirei Endara, met for the first time since the establishment of the new government in Panama.

The meeting focused on conservation issues in Coiba National Park and its Special Zone of Marine Protection and the forthcoming mission to the transboundary site (with Costa Rica) Talamanca Range-La Amistad Reserves/ La Amistad National Park. Following an WHC/IUCN mission to Coiba National Park in 2014, the World Heritage Committee expressed its concern about the negative impact on illegal and sport fisheries on the Outstanding Universal Value of Coiba National Park and urged the government of Panama to ensure the Coiba Fund becomes fully operational. During the meeting, Ms. Endara provided a first insight in the progress that had been made with the implementation of the measures. A full report on the state of conservation of Coiba National Park is expected by 1 December 2015. The World Heritage Committee will review progress made with the implementation of its recommendations at its 40th session (Istanbul, Turkey from 10-20 July 2016) and make a decision about the sites’ conservation status. Ms Rössler and Ms Endara also discussed the implementation of the "Policy on the impacts of climate change on World Heritage properties" adopted by the 16th General Assembly of States Parties to the World Heritage Convention.