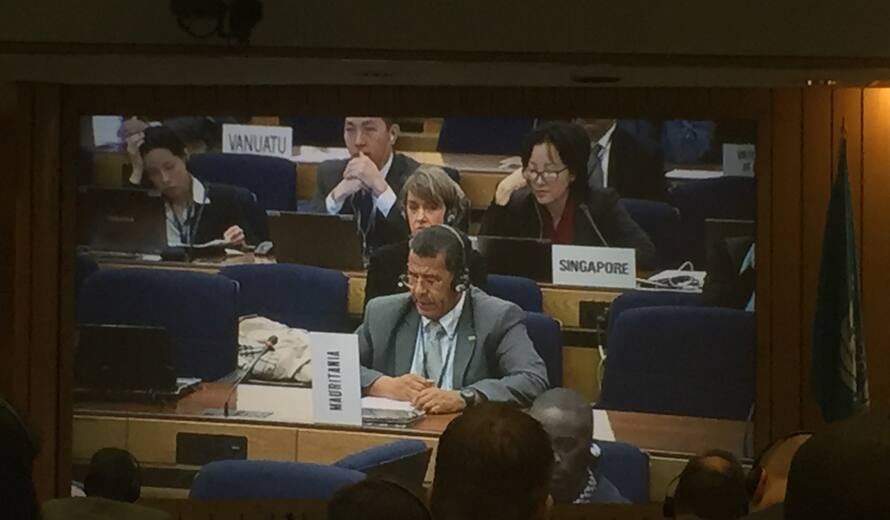 Worldwide shipping traffic has increased 300% since 1992, and this growing industry does not leave World Heritage marine sites immune to its impact.

The International Maritime Organization (IMO)—the United Nations specialized agency with responsibility for the safety and security of shipping and the prevention of marine pollution by ships—can provide special protections for particularly vulnerable areas. The World Heritage Marine Programme has been working closely together with both Mauritania and the Philippines over the past years in the lead up to the official launch at last week’s IMO meeting.

3. Commends the State Party for its progress in implementing the recommendations made by the World Heritage Committee at its 33rd session (Seville, 2009), particularly in relation to illegal fishing;

4. Urges the State Party to expedite the application for the designation of the Sulu Sea as a Particularly Sensitive Sea Area, and encourages it to obtain the necessary expert advice in order to complete the process and to consider requesting International Assistance from the World Heritage Fund to this end;

5. Also encourages the State Party to expediently resolve jurisdictional ambiguities within the newly declared buffer zone to the satisfaction of World Heritage interests, either by extending the mandate of the Tubbataha Management Office to this area, or by finding other suitable arrangements;

6. Also urges the State Party to develop a comprehensive tourism management plan for the property before implementing strategies to increase funding through tourism;

7. Takes note of the diverse ecological monitoring activities taking place in the property and further urges the State Party to ensure that the results of these activities are made available, and contribute substantially to management planning;

8. Requests the State Party to submit to the World Heritage Centre, by 1 February 2013, an updated report on the state of conservation of the property, including progress made in the implementation of the above.