UNESCO Director-General calls for immediate cessation of hostilities in Palmyra 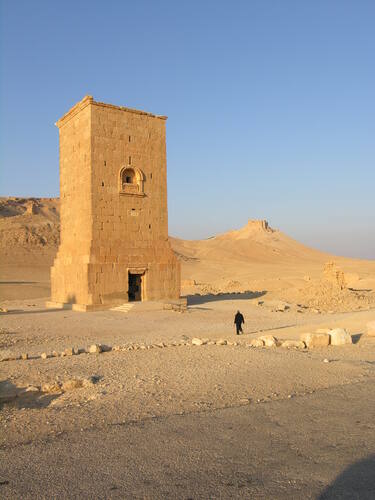 The Director-General of UNESCO, Irina Bokova, has called for an immediate end to hostilities in Palmyra (Syria) following reports from several sources that armed extremist groups have infiltrated the World Heritage site, where fighting is now ongoing.

“I am deeply concerned by the situation at the site of Palmyra. The fighting is putting at risk one of the most significant sites in the Middle East, and its civilian population,” said Irina Bokova, Director-General of UNESCO.

“I reiterate my appeal for an immediate cessation of hostilities at the site. I further call on the international community to do everything in its power to protect the affected civilian population and safeguard the unique cultural heritage of Palmyra. Finally, it is imperative that all parties respect international obligations to protect cultural heritage during conflict, by avoiding direct targeting, as well as use for military purposes, ” declared the Director-General.

Palmyra contains the monumental ruins of a great city that was one of the most important cultural centres of the ancient world. From the 1st to the 2nd century, the art and architecture of Palmyra, standing at the crossroads of several civilizations, married Graeco-Roman techniques with local traditions and Persian influences. The splendour of the ruins of Palmyra, rising out of the Syrian desert north-east of Damascus is testament to the unique aesthetic achievement of a wealthy caravan oasis intermittently under the rule of Rome from the Ist to the 3rd century AD. The grand colonnade constitutes a characteristic example of a type of structure which represents a major artistic development.