Managing Marine World Heritage: Our Crown Jewels of the Ocean 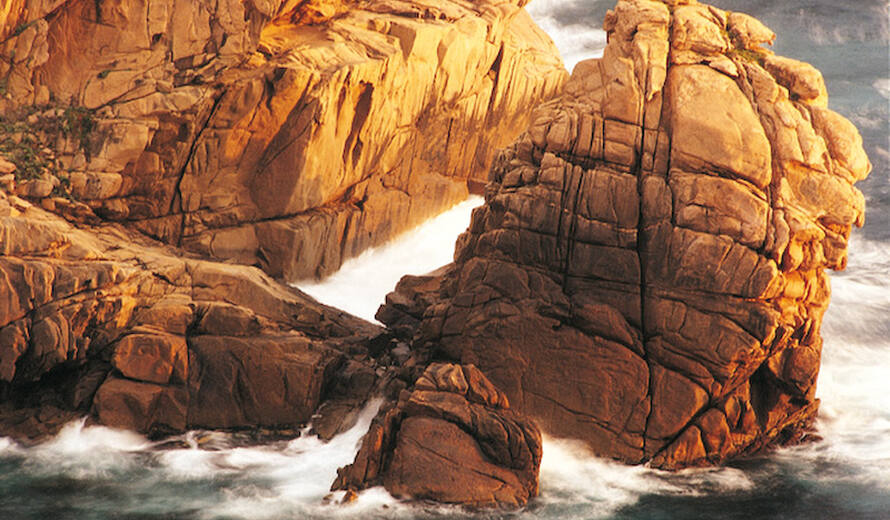 The World Heritage Convention was founded in 1972 on the premise that certain places on our planet – cultural or natural -- should be recognized as having “outstanding universal value” and should be safeguarded as legacies for all humankind.  In 1981 the Great Barrier Reef became the first marine site to be listed.   Other marine sites followed rapidly, in recognition of the fact that the earth’s oceans cover almost three-quarters of the planet and contain about 97 percent of the planet's living space. Half of the world’s seven billion people depend on the oceans for food, trade, and energy.

Some of these ocean treasures are unique and host features found nowhere on the planet. Their disappearance would be an irreversible loss to humanity. In 2005, the World Heritage Centre’s Marine Programme was created specifically to address the special needs and importance of marine areas among the 193 natural properties listed as World Heritage. It aims to establish effective conservation of existing and potential marine areas of Outstanding Universal Value to ensure their health for generations to come. Today’s 46 World Heritage marine sites are located in 35 countries on six continents, and encompass one-fourth of all marine protected areas on the planet. Their “outstanding universal value” is based on their exceptional beauty, unusual geology, unique or historically significant ecosystem processes, and/or specific biodiversity or habitat factors.

Reflecting this variety, the Corsica conference promises to be equally varied in its content. It begins on October 18 with visits to Corsica’s Gulf of Porto and the Scandola Reserve, a French World Heritage site listed for its exceptional geology and biodiversity in 1983. The following two days are dedicated to both sharing of best management practices and building the capacity of the site managers their challenging day-to-day work.

The World Heritage marine site managers community came together for the first time in Hawaii in 2010. Progress made since the first gathering includes a dedicated website for sharing ideas and resolving problems – a tremendous reservoir of marine protected area management expertise that is just in its starting phase. A Best Practice Guide that brings together the most promising management solutions from these sites will be published later this year and aims to serve as a catalyst for other marine protected areas worldwide.  The International Union for Conservation of Nature (IUCN), in their capacity of advisory body to the World Heritage Convention, will launch their review of exceptional marine features currently not listed as World Heritage but with possible outstanding value.

One of the central aims of the World Heritage Centre’s work is to encourage and strengthen the cooperation among sites in the World Heritage family – making connections that can bring lasting change. A film will be shown at the conference that highlights the collaborative activities between the Banc d’Arguin, off the coast of Mauritania in West Africa, and the Wadden Sea, a coastal site in Europe that is partly Dutch and partly German.  The sites represent two crucial stop over points on what is known as the East Atlantic Flyway, one of world’s eight major migration routes used by 90 million waders and shorebirds annually. Sixteen World Heritage marine sites are located along migratory flyways.

The conference keynote address will be given by Russell Reichelt, head of the Great Barrier Reef Marine Park Authority, Australia. The focus of his address is the dual challenge of conservation and economic development. Although each site faces individual challenges, all have to confront the oceanic issues of the day:  pollution, climate change, habitat destruction, coastal development, overfishing, invasive species, and acidification.    Each manager tailors solutions that take into account biodiversity conservation and preservation and sustainable economic development for local populations.  The primary focus now is on managers sharing their wealth of expertise and management solutions. Together this community of 46 World Heritage Marine sites has the power to make connections that actively change a substantial proportion of the marine protected area coverage worldwide.

At the heart of all the work being done in this field lies a fundamental question: If we can’t adequately protect the 46 marine sites classified as World Heritage – what hope is there for the rest of the ocean?

The conference is supported by the French Ministry for the Environment, the Collectivité Territoriale de Corse, l’Office de l’Environnement de Corse, the French Marine Protected Area Agency, the World Wildlife Fund, the government of Germany, Resource Media. The World Heritage Centre is grateful for the ongoing support of its major partners, the Swiss watch manufacturer Jaeger-LeCoultre, the Government of Flanders and the International New York Times.

The concluding remarks of the conference will be presented at the subsequent third International Marine Protected Area Conference which takes place from 21-27 October 2013 in Marseille, France.