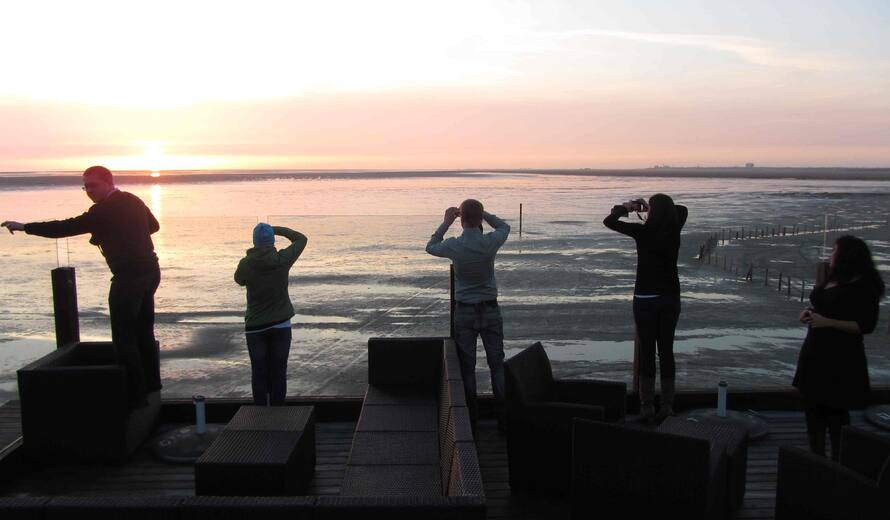 From 15-16 April 2013, 25 experts from 4 European marine World Heritage Sites were brought together in Tönning (Germany) with the aim to strengthen their cooperation.  Participants included managers from High Coast (Sweden), Kvarken Archipelago (Finland), St Kilda (Scotland) as well as from the Wadden Sea (The Netherlands/Germany). Participants engaged in an intensive exchange on positive experiences in environmental education and in sustainable tourism development. Success stories from various European regions clearly demonstrate the untapped potential that World Heritage status can bring for the conservation of nature, cultural identity and the regional economy.

The participants acquired exceptional and practice-oriented impulses for their work, for example, for the improved use of environmental friendly transport and for the development of tourism. The meeting also discussed best practices in communication of ecological and geological features of the sites in a way suitable to leverage additional support for conservation. Since its inscription in 2010, the Wadden Sea has made considerable investment in using the World Heritage “brand” as a means to focus conservation attention across a wide variety of stakeholders and interest groups – an approach that proves successful and is bearing its first fruits.

The meeting concluded with a commitment across the European marine World Heritage sites for the launch of a common project that will unfold the potential of the World Heritage status as a catalyst for the regional development and conservation.

Out of 962 World Heritage sites, 46 areas are listed for their exceptional marine features. Out of these 7 are situated in Europe. The idea for closer cooperation among marine World Heritage sites originated at the 2010 global site managers conference where it was concluded that the marine network of sites could be more than the sum of its individual parts.

The meeting was organized by the Common Wadden Sea Secretariat and the Schleswig-Holstein Wadden Sea National Park Administration in cooperation with the UNESCO World Heritage Centre Marine Programme.