2018 Lumbini International Steering Committee Meeting at the Birthplace of the Lord Buddha in Lumbini, Nepal 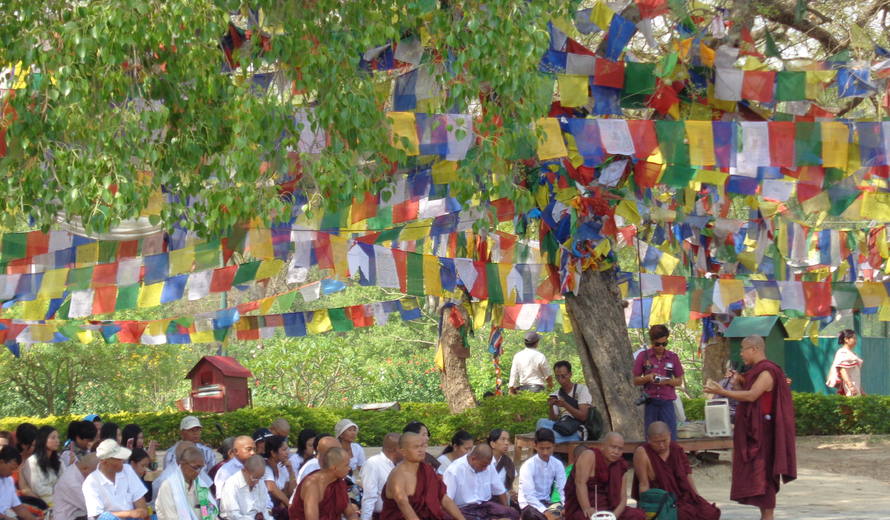 Following the last cross-cutting Lumbini International Steering Committee meeting which took place in Lumbini in February 2017, this year’s meeting will be held from 21 to 23 February 2018 as a continuation of this successful process.

Inscribed on the World Heritage List in 1997, the property ‘Lumbini, the Birthplace of the Lord Buddha’ is located in western Nepal. Lumbini’s spiritual significance and its rich archaeological remains demonstrate that it is not only the birthplace of the Buddha, but that it has also been a place of holy pilgrimage for thousands of years. Since 2010, the UNESCO/Japan Funds-in-Trust (FiT) project ‘Strengthening the Conservation and Management of Lumbini, the Birthplace of the Lord Buddha, World Heritage Property’ has supported the conservation and management of the property, and the first phase was carried out between July 2010 and July 2013. The Lumbini Phase II project began in 2014, with the overall objective of enabling the national authorities to take a proactive and sustainable approach to protecting and managing the World Heritage property, while safeguarding the cultural assets of the greater Lumbini area, in particular of Ramagrama and Tilaurakot. It is foreseen that Phase III of the UNESCO/Japan Funds-in-Trust project will be launched in Spring 2018.

In January 2015, the very first cross-cutting Lumbini International Steering Committee (ISC) Meeting was jointly organized in Lumbini by the Nepali authorities and UNESCO, bringing together many international, national and local stakeholders, including representatives of six Buddhist organizations. In April 2016, the Lumbini ISC meeting was opened by the UNESCO Director-General, Ms Irina Bokova, during her first official visit to Nepal. The ISC for the conservation and management of the property was established to advise the Government of Nepal and UNESCO on technical progress of the operations carried out as part of the Japan-funded Lumbini project. It also serves to review the preceding year’s work, to set forth and agree upon technical aspects of the programme for the coming year, and to assist in any other points that call for technical assistance. This year’s meeting is being organized with financial support from the Paris-based NGO Oriental Cultural Heritage Site Protection Alliance.

In addition to the UNESCO/Japan FiT project, the Asian Development Bank (ADB) continues with its infrastructure project for Lumbini (46 million US$), which includes upgrading tourism infrastructures and the existing airport nearby. The Korean International Cooperation Agency (KOICA) supported the preparation of a ‘Master Plan for Lumbini World Peace City Preservation and Development’ by Professor Kwaak Young Hoon from Korea. Besides these projects, there are ongoing discussions about major potential investments from international private donors, mainly from China and Thailand. These various projects and initiatives are being planned and implemented in Lumbini by various national and international organizations without coordination or even information sharing. Furthermore, the possible conflicts between the conservation of historical remains, the development of Lumbini and the needs of the Buddhist pilgrims became evident during the discussions in the ISC meetings. The International Buddhist Conference, held in November 2014 in Lumbini, requested that UNESCO take the role of coordinator to make sure that the Buddhist heritage is conserved, that development benefits local communities, that the spiritual role of the Greater Lumbini Area will be preserved, and that the needs of religious communities and pilgrims are taken into consideration. Therefore, it has been agreed that UNESCO will continue to play a coordination role in bringing various stakeholders together and fostering a common understanding between them, in order to ensure that major interests are not in conflict, but develop harmoniously.