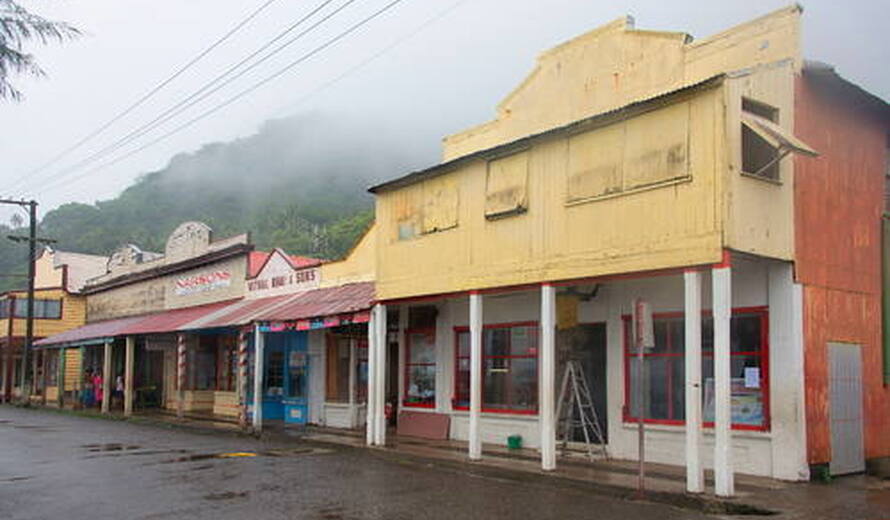 Workshop on "Planning for the Conservation and Development of Historic Towns and Urban Areas in Fiji" will be organized in Suva, Fiji from 27 July to 7 August 2015, in cooperation with the Department of Heritage and Arts in Fiji, the World Heritage Centre and the World Heritage Institute of Training & Research for the Asia & the Pacific Region (WHITRAP).

“Levuka Historical Port Town”, the first colonial capital of Fiji and a rare example of a late 19th century Pacific colonial port town, has been inscribed on the World Heritage List in 2013. Since its inscription, many efforts and resources have been mobilized at national level in order to ensure the required level of protection and management of the former capital city, and improve its overall state of conservation, with the view to complying with the recommendations of the World Heritage Committee (37 COM 8B.25).

The proposed 10-day training workshop is the follow-up to the recommendations and adopts a holistic, integrated and multidisciplinary approach, allowing for exchange of experiences and understanding of different perspectives and methods.

The training workshop aims to advance the education of professionals and administrators, not only in Levuka but also other cities and towns in Fiji, in the protection and preservation of buildings and struc­tures and their setting which are of architectural, urban, landscape or historical value; and provide programme participants from diverse backgrounds with a basic knowledge of heritage conservation and management including concepts, perspectives and methodologies associated with architectural and urban heritage interpretation and analysis.

READER:  “Planning for the Conservation and Development of Historic Towns and Urban Areas” Workshop

2.  Inscribes Levuka Historical Port Town , Fiji , on the World Heritage List on the basis of criteria (ii) and (iv) ;

4.  Recommends that the State Party give consideration to the following:

a)  Approving, promulgating and implementing the Fiji World Heritage Decree which provides for legal protection of the property and the buffer zone;

b)  Developing a medium-term plan for the conservation of structures in poor condition and for the professional development of expertise in conservation;

c)  Including archaeological sites in the inventory and completing it as soon as possible;

d)  Keeping the maximum building height and building density specified for hotel development to the prevalent level of existing buildings and integrating the requirement of Heritage Impact Assessments for any type of tourism developments in the property, buffer zone and wider setting;

5.  Requests the State Party to submit by 1 February 2015 a report to the World Heritage Centre outlining the progress made in the implementation of the above-mentioned recommendations to be examined by the World Heritage Committee at its 39th session in 2015.