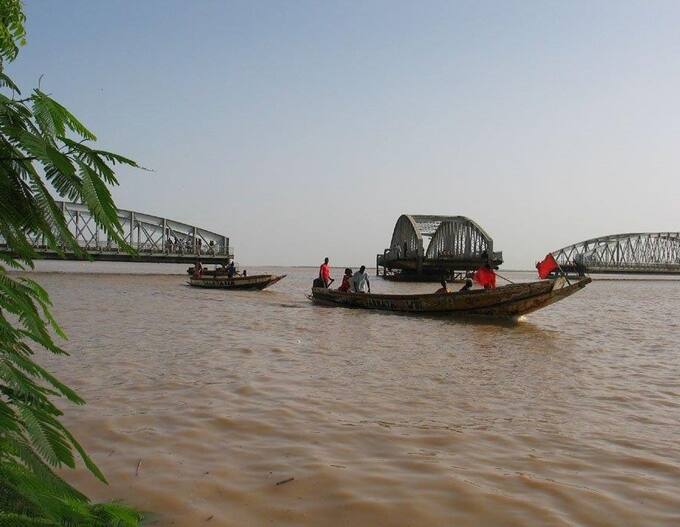 Learning from experiences of the Rivers and Heritage initiative

The Rivers and Heritage initiative proposes to support the process of cultural development of rivers and to contribute to the protection and the management of river sites. While rivers around the world undergo a new phase of development with significant and controversial impacts, there is a renewed interest in the river as a common good. For the territories concerned, the river is considered a resource with multiple cultural, economic, environmental and social values.

UNESCO’s “Rivers and Heritage” initiative, jointly supported by the sectors of Culture and Science, as well as the France-UNESCO Cooperation Agreement, aimed to promote and delve further into sociocultural issues connected to the management of water, and to raise awareness among local populations, public authorities and development agencies. Demographic expansion and the concentration of populations in river valleys are causing greater pressure on water resources, notably with agriculture and energy production. The explosion of urban centers influences the ecological balance of rivers: the discharge of waste and wastewater pollutes aquatic environments, and uncontrolled planning along riverbanks creates a barrier between people and the river.

River management comes as a response to a number of economic issues, including water resources, energy production, river basin management, transport and navigation. In this context, how can the river's natural resources be preserved for local populations faced with the risk of flooding? How can the fragile nature of these ecosystems be taken into account? How can the creation of wealth and social value continue along the river's banks? How can new links be created between people and rivers? “Rivers and Heritage” shares these concerns and recognises their international relevance.

The issue of water sharing causes conflicts and is liable to become a major political challenge on the regional level. Decentralisation, at work in a number of African countries, gives local communities new skills in the area of water and local development. The juxtaposition of traditional modes of governance and new modes of management causes conflicts and management problems.

The project “Niger-Loire: Governance and Culture”, initiated in 2004 and launched in 2007 to 2011, permitted the exploration of this theme in a comprehensive way, notably through inventory of river cultures. Other projects supported by the France-UNESCO Cooperation Agreement or its partners also offer interesting food for thought on this theme: The Senegal River in Saint-Louis (Senegal), the Mekong in Luang Prabang (Lao People's Democratic Republic), the Ganges in Benares (India), the Daugava in Riga (Latvia), etc.

Capitalisation work has been carried out on this theme in cooperation with different partners (Central Region, Loire Valley Mission, Rhône River House, etc.). A workshop session was held at the Senate on 24 October 2009 on the theme “river to river”. It enabled a focus on cooperative activities initiated by local communities in support of rivers and exploration of examples of cooperation from river to river.

In the wake of the meeting at the French Senate in Paris in 2009, a workshop on the theme “Knowledge and Dissemination of Heritage and River Cultures, Perspectives on the Development of River Territories” was organised in November 2010 in Saint-Louis, Senegal, by the Saint-Louis River House in partnership with the Rhône River House. Discussions began between the World Heritage Centre and the sector of Sciences to launch a “Rivers and Heritage” initiative to capitalise on the experiences carried out on this theme.

A number of activities initiated by local communities or civil society demonstrate these new objectives, as the river house experience illustrates. The river house structure can take different forms and follow various objectives according to needs and the local context: museographic organisations, resource centres to collect information on the river or information centres for users and project experimentation. Whatever the scenario, these places provide support for local development. These organisations are centres of knowledge, information and advice.

In the framework of the “Rivers and Heritage” initiative, a website was created. The “Rivers and Heritage” website shares the concerns of the process of cultural reclamation of rivers and recognise realities at the international level. It aims to provide a network for existing experiences in cultural enhancement of rivers, thus promoting innovation in the area of local development and governance. Launched in the framework of the France-UNESCO Cooperation Agreement, and coordinated by its secretariat, the website is managed by the Val de Loire mission.

In 2014, UNESCO also created with technical support of the France-UNESCO Cooperation Agreement within the framework of the “Rivers and Heritage” initiative, a UNESCO Chair at the University François Rabelais de Tours entitled “Rivers and heritage: natural and cultural diversity of fluvial landscapes”.

The chair will bring together natural sciences and societies to promote cross-disciplinary studies and training on rivers and river heritages as a heritage for humanity, reservoirs of biodiversity and places of cultural convergence. The point is to create an international synergy through the exchange of North/South/South exchanges between universities and management organisations in Europe, South America, Africa and Asia.

The research will look both at (a) the ecological functioning of river systems under the influence of development techniques and (b) landscapes as a result of continuous interactions between societies and their environment. The knowledge acquired will form the basis of a transfer, to developers/managers, of skills in the sustainable management of natural resources, preservation of biodiversity and enhancement of landscapes. Activities include Master's modules, workshops, discussion between scientists and the development of scientific projects and dissemination (publications, website, and guides).