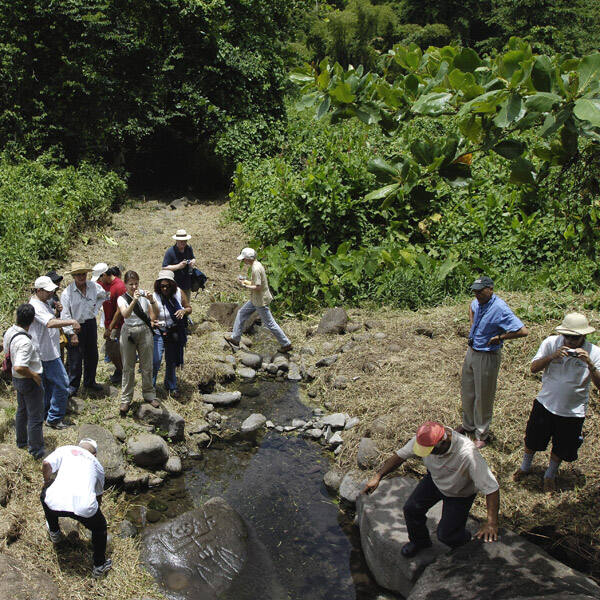 Archaeology in the Caribbean - Martinique 2004

For the past 10 years the World Heritage Committee has been involved in the review process of the manifest geographical, thematic, or typological inequalities on the World Heritage List. Targeted and specific action is thus needed to redress problems and work towards a more balanced and uniform representations of the outstanding universal values of the sites  not yet described on the list.

The fact that archaeology of the Caribbean Region has not found its place on the World Heritage List demonstrates the need for a more refined reflection on this heritage type. The contributions published as a result of this seminar sheds light on the causes of certain lacks in relation to the World Heritage list but what is yet more important is the confirmation of the wealth and diversity of archaeological remains in the region. The results of these meetings set out the contours for future action for the region. Archaeology has proved to be an extremely valuable tool in the identification and valorization of the outstanding universal cultural values of the Caribbean.

This meeting provided the opportunity for archaeologists and governmental experts to communicate their initiatives and to propose a list of archaeological sites that are likely to be part of a nomination according to five cross-cutting themes: Rock Art, Amerindian Archaeological sites in the Caribbean, The Period of Contact, Cultural landscapes and African Heritage of the Caribbean. These discussions enabled a formalizing of orientations for transnational activities implemented  in the framework of the World Heritage Convention and a rendering of the urgency for the protection and conservation of archaeological heritage in the Caribbean. The meeting served to emphasize the implications of the valorization of archaeological zones, in respect of a reinforcement of a Caribbean cultural identity.

‘The declaration of Martinique' and a plan of action for both the short and long term were elaborated and followed by the meeting entitled ‘Rock Art in the Caribbean' held in Basse-Terre, Guadeloupe (3 - 6 of May 2006).

This International seminar was organised by  the UNESCO World Heritage Centre and the Coneil Régional of Martinique (Museum Service) with the support of the Spanish Ministry of Culture the French Ministry of Culture and Communication and the Italian ministry of foreign affairs. This meeting also benefited from technical support from CARIMOS (Greater Caribbean Organisation for monuments and sites) and the AIAC (International Association for Archaeology in the Caribbean).