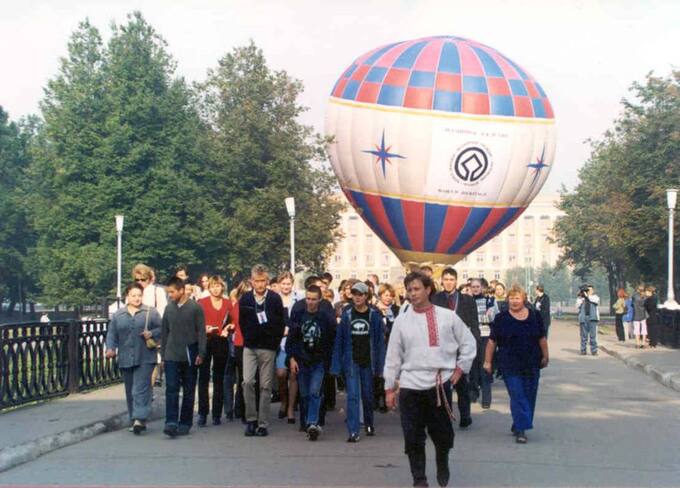 The working program of the Forum included three round tables:

Associated Schools of UNESCO - Integration of the Experience of Dealing with the World Heritage into the Education System
Objective was to work out recommendations based on the experience of UNESCO Associated Schools in preservation, studying and promotion of the World Cultural and Natural Heritage in the mainstream system, as well as vocational and extra-curriculum education.

Young People's Participation in World Heritage Preservation and Promotion
The participants of the round table shared their experience and mapped out further joint prospects of the realization of the project under the same name.

Youths and the great Volga Route Heritage
The round table was aimed to discuss possibilities and prospects of joint work on involvement of youths in studying and preservation of natural and cultural heritage located on the waterway from Northern Europe to Asia across the Baltic, the Black Sea and the Caspian Seas.

The participants managed to learn more about the cultural and natural sites of Russia and other countries. They obtained new skills which could help them in the preservation of the World Heritage. The participants showed their determination to take an active part in the preservation of cultural and natural variety. And now they could cooperate at an international level.

The participants of the Forum expressed their numerous ideas on the further development and transformation of the project "Youth and the Great Volga Route Heritage", proposed by the Russian Federation. It was decided that the initiative would form the basis for the international educational project "From Europe to Asia across the Three Seas". We expect the project to unite the countries of Northern, Central Europe and Asia located in the area of three seas: the Baltic, the Black and the Caspian.

It was mentioned at the Forum that the key objectives of the project coincide with the aims and problems of the "Education For All" program, which is a priority problem for UNESCO. That is why the project "From Europe to Asia Across the three seas" can be included in the program as an important component. The co-operation in the frame of the project can be at a sub-regional or regional level. And a variant of the co-operation was the proposal to unite the efforts of the countries of the Caspian region and engage young people in the process of the preservation of the ecological equilibrium and the heritage of the region.

Aiming to spread the ideas of the Forum, the representatives of the Organizational Committee informed the participants of the Second Northern Research Forum (Russia; September, 2002) of the outcome of the Forum. The meeting was run by the President of Iceland and gathered researchers, statesmen, businessmen, representatives of the governmental and non-governmental organizations from Northern countries and regions to discuss the problems of sustainable development and promotion of the Northern Society.